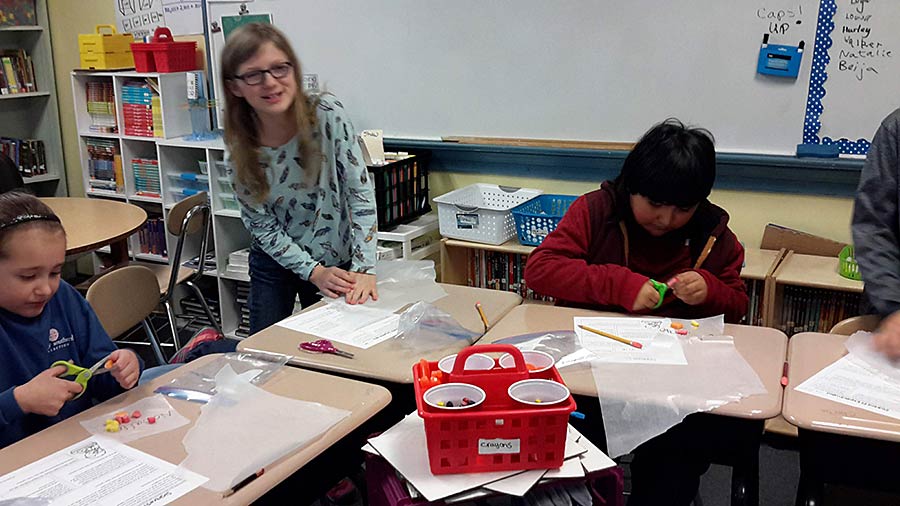 The rocks that make up the Earth are constantly being recycled. One form of rock is often changed into another form of rock through certain processes of nature that occur over time.

Fourth graders in Stephanie Uhrich’s class at Saluda Elementary enjoyed learning about this process by recreating it with Starburst Candies.

“Wow, it is melting and getting bubbles in it.”

It was a fun day bursting through the rock cycle.