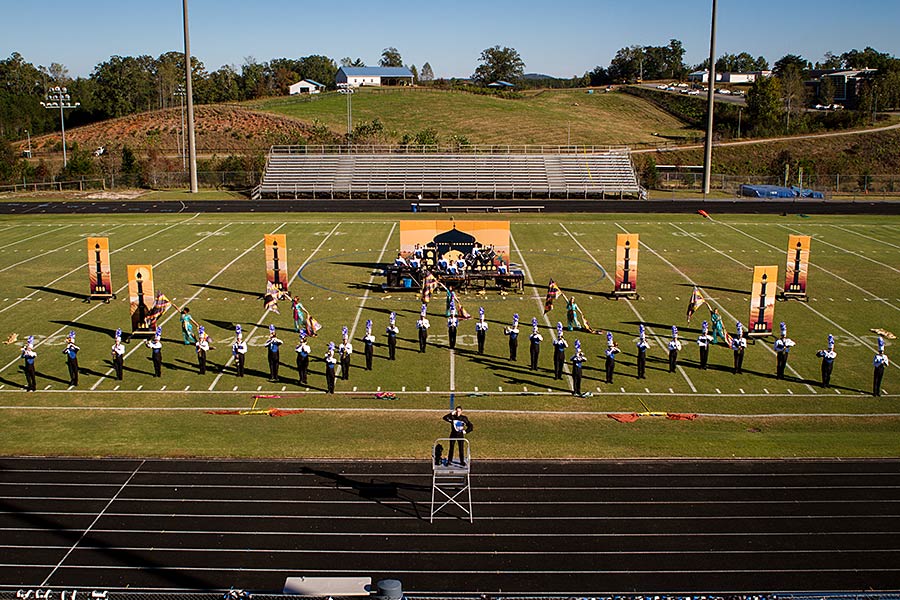 The Polk County Cadets are celebrating yet another successful marching season thanks to the Polk County Community Foundation’s All Thrive 365 Grant. This generous grant enables students to participate in the band without any associated fees, allowing any and all interested students to join without financial burden.

This is especially helpful for families with more than one student participating in band. The support from the Community Foundation enabled directors Cindy Gilbert and Matthew Putnam to organize an intensive, exhausting, creative, fun and incredibly productive two weeks of Band Camp over the summer. It was here that the foundation for this year’s season was put in place and where the students began to learn the performance standards and strong character it takes to be a Cadet.

The hard work and dedication of the students, directors, clinicians, volunteers, parents and the Community Foundation paid off as the Cadets had a busy and brilliant marching season. The Cadets supported the football team at home and away games, participated in the Homecoming parade, played at pep rallies and school events and honored veterans by marching in the Veteran’s Day Parade.

Upcoming performances for the Cadets include: