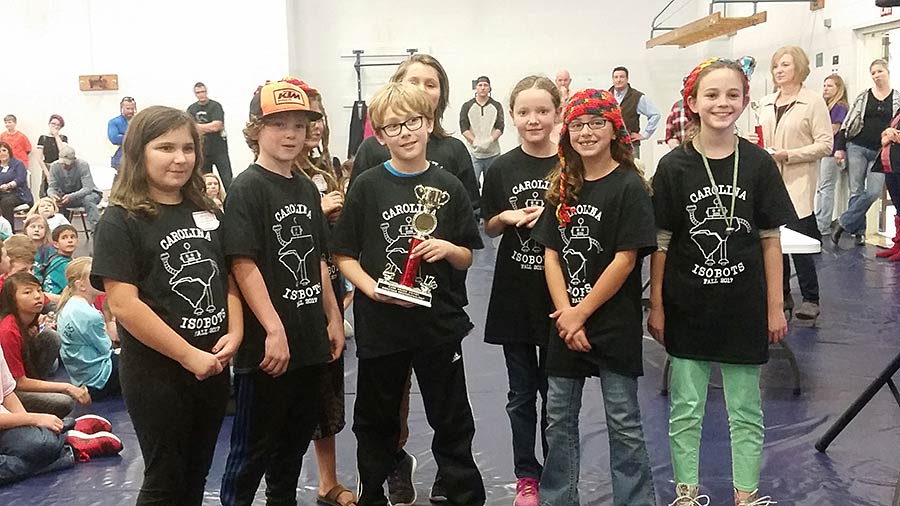 Four Polk County teams competed – the Turbo Tigers from Tryon Elementary, W.C. Bots from Saluda, Panther Bots from Sunny View and The Lego Builders from Polk Central – with a total of 28 teams competing in the event.

The all-day competition began with students making presentations to judges concerning their robot design, chosen project and how they worked together as a team. Each team then had three chances to run its robot and complete as many of the proposed missions as possible.

Teams have been working since September on their project and coding their robot to complete these missions.

“We are very proud of all of our teams and how they represented Polk County Schools,” said Polk County Schools’ Linley Foster. “A special congratulations to the Saluda W.C. Bots for winning the Gracious Professionalism Trophy, an award that recognizes the team whose members show each other and other teams respect at all times.”