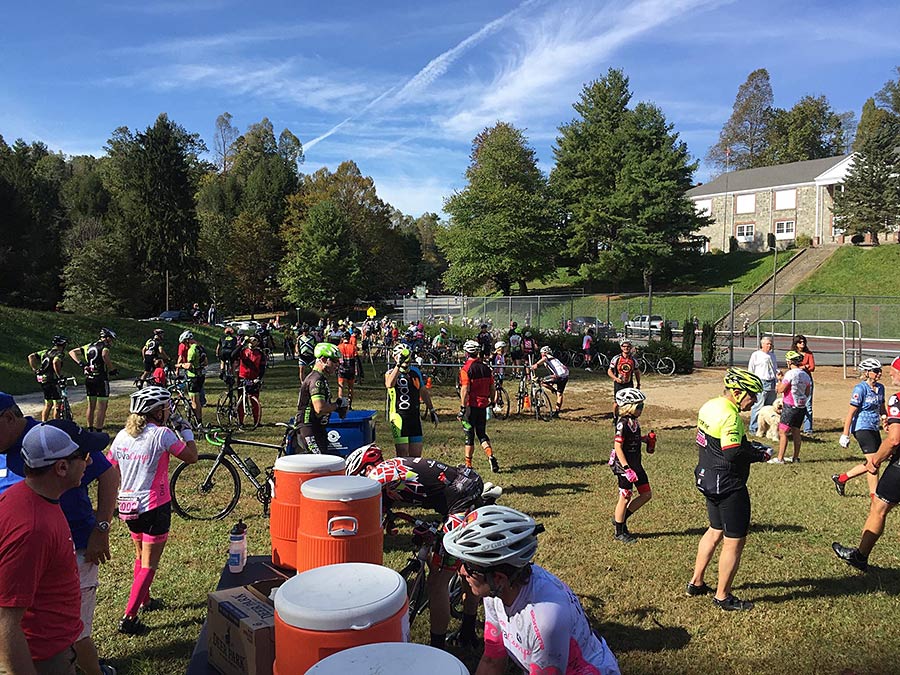 Saluda Elementary School hosted one of the rest stops along the route of the 6th Annual Gran Fondo Hincapie Bicycle Ride, held October 21.

Organized by former world-class cyclist George Hincapie and including the routes he rode while training for the Tour de France and the Paris-Roubaix, the Gran Fondo Hincapie offers cyclists a chance to ride 15, 50 or 80 miles.

Riders arriving in Saluda had either climbed Highway 176 from Tryon or Howard Gap and the Green River Cove Road switchbacks before getting to Saluda.