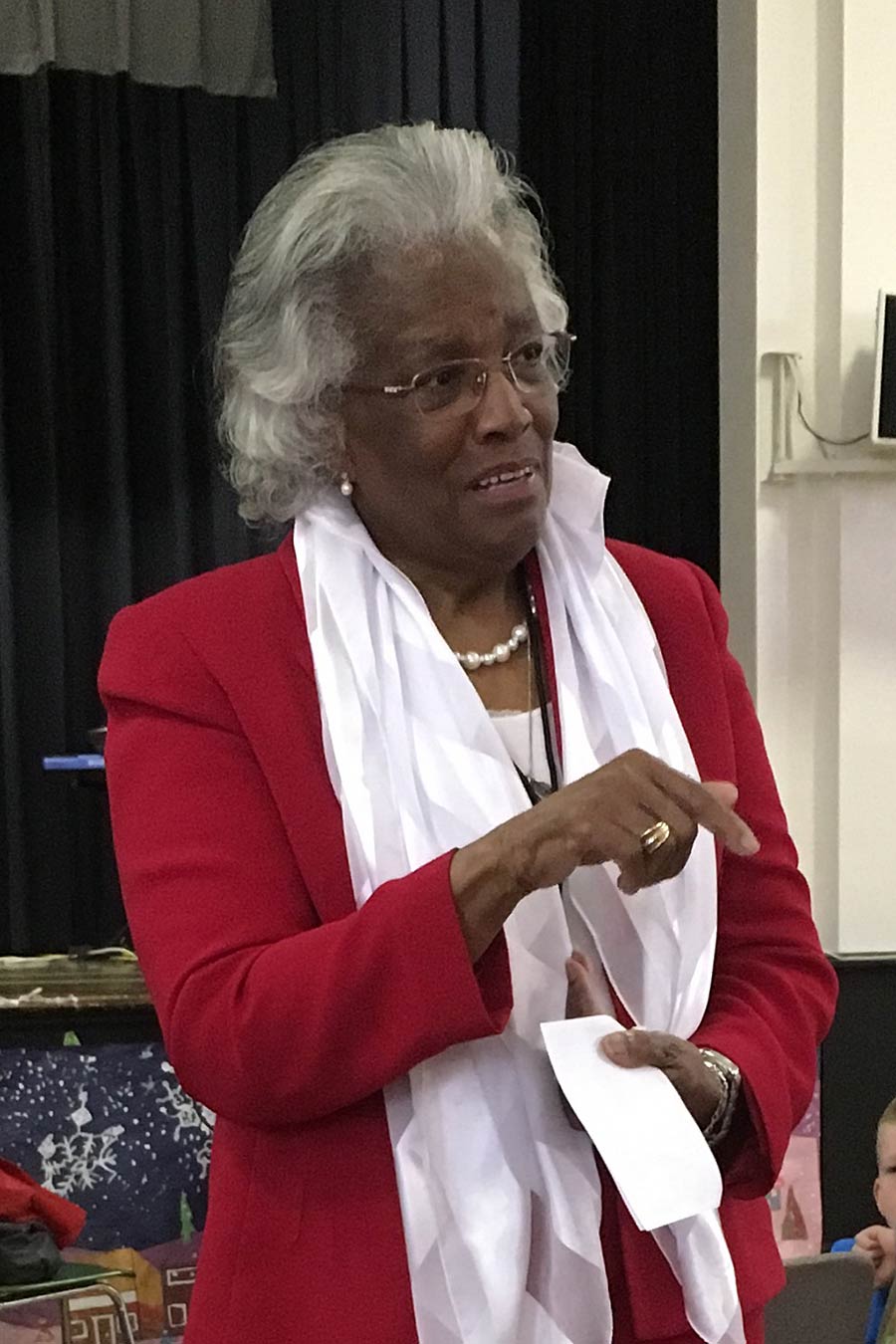 As an African-American child growing up in Saluda in the 1930s and 1940s, Pearlie Mae Suber Harris was not allowed to enter Saluda Elementary School.

On Friday, the school warmly welcomed Harris to the campus to talk with first and second graders and share stories about growing up in Saluda as well as her remarkable career in education and community service.

Harris moved from Saluda at the age of 16, eventually earning bachelor’s and master’s degrees in education. She spent more than 35 years as a teacher before retiring and devoting herself to volunteer work for a number of non-profit organizations in Greenville.

In 2010, Harris was named Woman of the Year by the South Carolina Conference of Catholic Women. She served as chair of Bon Secours St. Francis Health System’s Internal Review Board, the first African-American to do so. For her service to the hospital system, where she has served on more than 20 boards, the hospital system honored her in 2011 with the naming of the Pearlie Harris Center for Breast Health.

Saluda Elementary students were in awe listening to Harris as she talked and answered questions about her history in Saluda, her experiences as a teacher and her active roster of volunteer service.