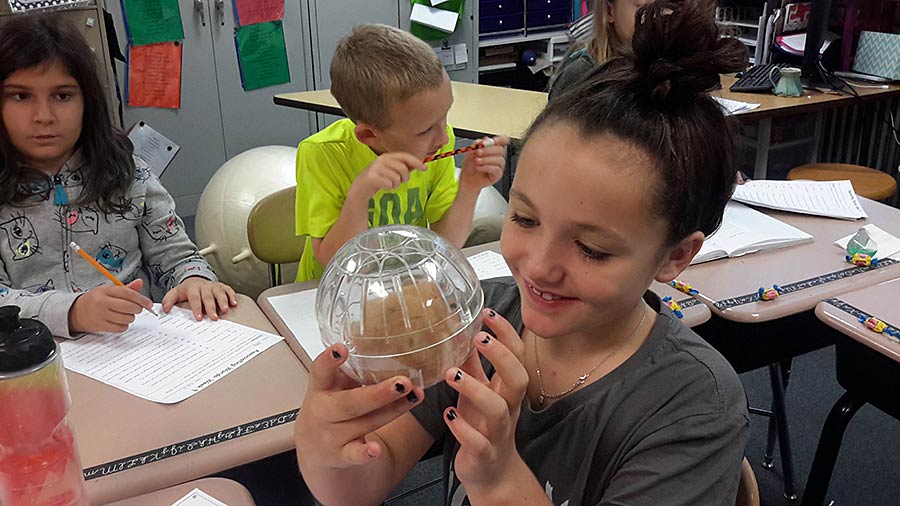 After studying animal adaptations, including behavioral and physical, fourth graders in Stephanie Uhrich’s class at Saluda Elementary got a hands-on experience with their own nocturnal creature.

Humphrey the hamster has been visiting the class, allowing students to learn about his adaptations. They have discovered that hamsters burrow by observing Humphrey digging out of his castle, and they got a close look at those strong claws to fight off predators.

The class has also observed that Humphrey has different locations for all the things he needs for survival in his habitat.