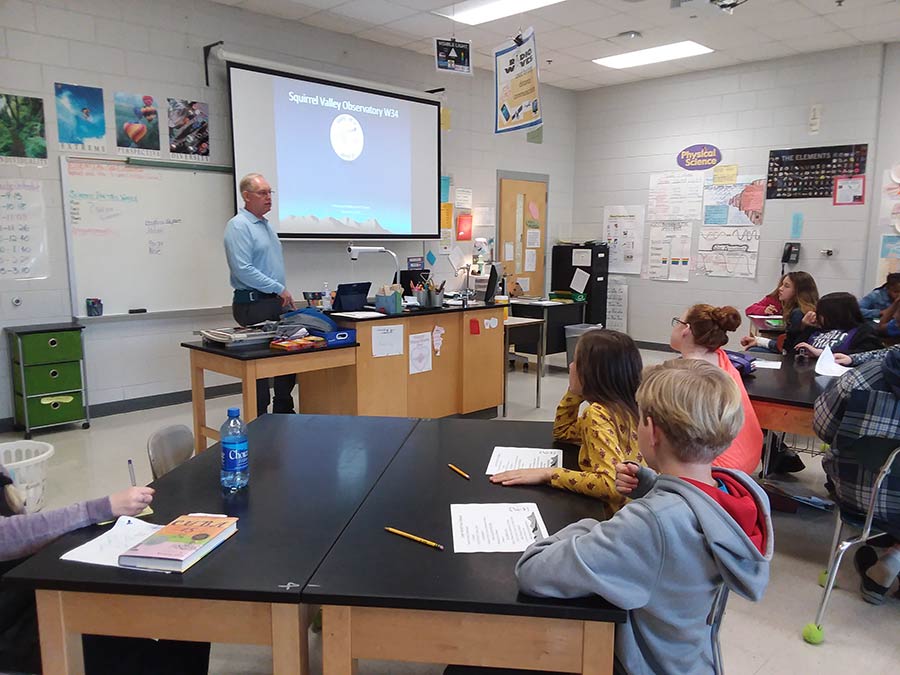 A group of sixth grade students at Polk County Middle School kicked off the recent Career and College Week by learning more about the work being done by a local astronomer.

Randy Flynn, owner and director of Squirrel Valley Observatory in Columbus, spoke to students in Rowann Hoy’s science class about the work he does and his lifelong passion for space.

Flynn told students how, as a 10-year-old living in Saluda, he used to drag his 40-pound telescope to the end of his driveway in 20-degree weather before the school bus arrived just to look at Venus in the early morning sky. He turned that passion, through a college degree and lots of perseverance and learning, into a mission to help keep us all safe by helping to collect data on objects that could potentially strike the Earth.

Students got to see images Flynn has taken with cameras on his telescopes, including photos of the closest object to us, the moon, and objects far away in our galaxy. He reinforced ideas taught about gravity, asteroids, comets and the formation of the solar system.

Flynn also took students beyond the curriculum by teaching them about how astronomers use light years to measure vast distances beyond our solar system, study the orbits of objects near the Earth and supported the importance of math in science.

It was interesting to learn about how a passion can become a career, especially one that helps the scientific community. Students and staff all feel better knowing Flynn is watching the skies above us!