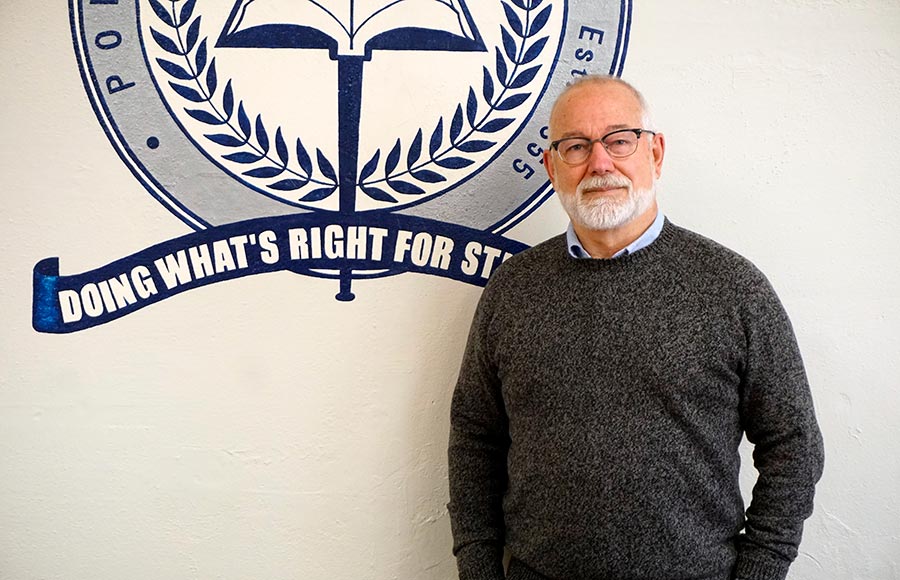 Parsons moved to Saluda in 2000, and his three children all attended and graudated from Polk County Schools. While a school parent, Parsons was an active volunteer involved in a number of projects, including the One Book One Community Project in Saluda that culminated in an original script for and production of “The One and Only Ivan.”

That projet showed Parsons that “when a community comes together for its children, it becomes the community it was meant to be in the best sense.” That lesson, plus his experience with Polk County Schools, helped lead Parsons back to the district as the interim Saluda representative on the Polk County Board of Education.

Parsons was officially approved at the board’s January meeting to fill the vacancy left by the resignation of Sara Bell, who stepped down after being named the new CEO of Polk County Community Foundation.

“It’s an honor to be serving the community I feel rooted in and love as we all seek that great adventure of community education,” Parsons said.

Parsons will serve as the Saluda representative until the November 2022 general election, when the Saluda seat will be added to the ballot.

“We feel fortunate that Mr. Parsons has joined the Polk County Board of Education,” said Polk County Superintendent Aaron Greene. “His long record of service to the Polk community and his dedication to the support and development of young people will serve our board and district well. We congratulate Mr. Parsons and welcome home to our Polk Schools family.”