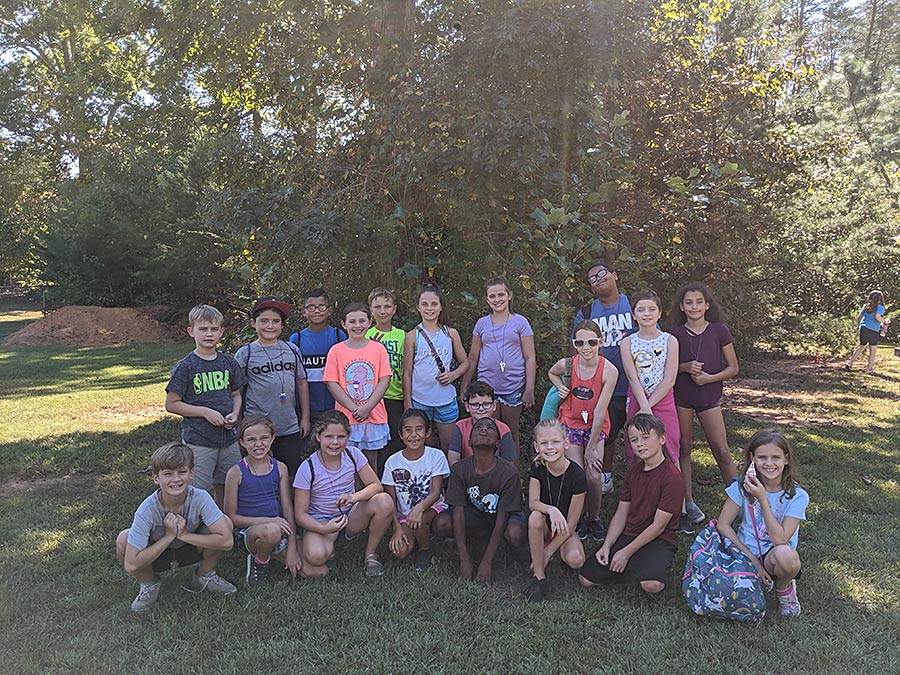 Fourth graders at Polk Central Elementary recently had the opportunity to walk the same path that soldiers followed during the Revolutionary War.

Students have been studying the Battle of Kings Mountain and its impact on the Revolution. As part of that study, students walked a portion of the Overmountain Victory Trail that is located in Polk County.

At Alexander’s Ford in Polk County, a section of the Overmountain Victory National Historic Trail can be walked. The 1.5-mile trek is part of the trail that patriot soldiers followed to Kings Mountain, where they defeated Major Patrick Ferguson and his British troops.