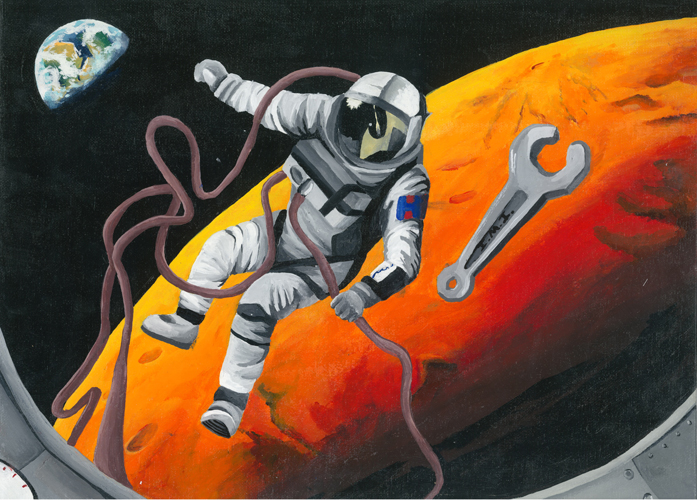 Polk County Early College student Alexandria Anderson has been named an award winner in the North Carolina Department of Transportation’s Aviation Art Contest, sponsored by the DOT’s Division of Aviation.

Anderson placed third in the senior division, earning $75 for herself and $25 for PCEC.

A record 1,246 entries were reviewed during two weeks of judging and voting by Division of Aviation staff. The theme of this year’s contest was “Flight into the Future.”

In addition to winning cash prizes for themselves and their schools, the top three in each age division have had their artwork submitted to the National Aviation Art Contest.