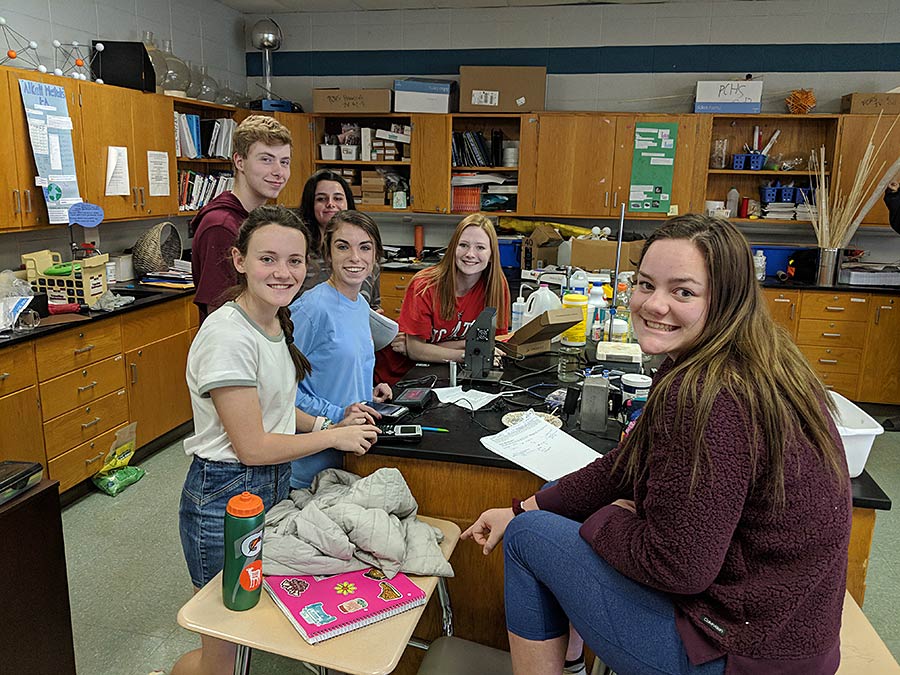 The students finished their last unit of the fall semester by following in the footsteps of Felix Hoffman, a chemist from the German dye company Bayer. The use of salicylic acid, extracted from the bark of certain willow family trees, had long been used in the making of aspirin, but with major gastrointestinal issues. Hoffman solved this issue by replacing the hydroxyl group on the benzene ring with an acetyl group. This simple change in the molecules structure resulted in a much greater tolerance of the drug used for pain and fever reduction.

The students in Rhinehart’s class performed the same reaction as Hoffmann. They then utilized a new Vernier melting point apparatus obtained through a Burroughs Wellcome PRISM grant that Rhinehart received. The melting point range obtained by the students would help to verify the purity of the product made as acetylsalicyclic acid (aspirin).

The Vernier melting point apparatus has chambers to melt three samples at a time. It is a nice addition to a college-level class and gives the students access to similar equipment they would have at the college level.