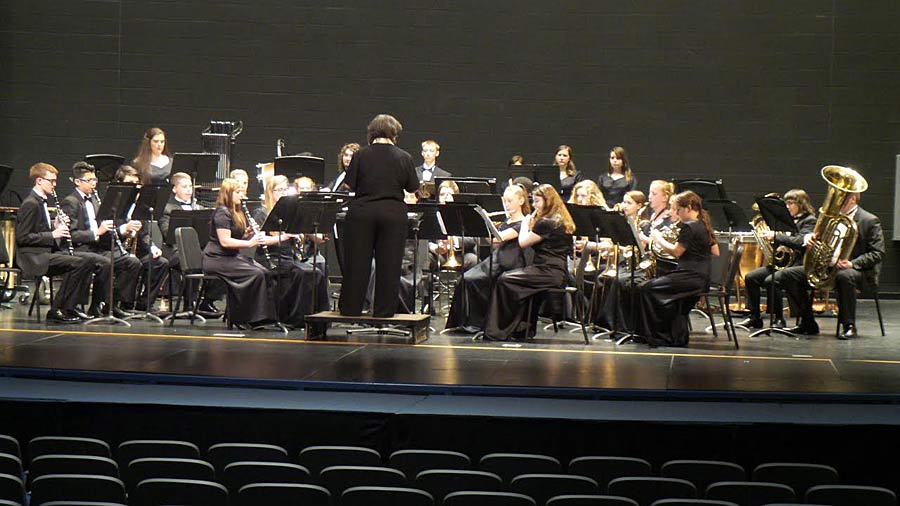 The Wolverines performed three different concert band pieces for three judges. The band then were given another piece and had to sight read that piece for a judge.

The Superior rating is the highest awarded in the assessment.

“I can’t express how proud I am of these students,” said Polk County High School band director Cindy Gilbert. “I asked them at the beginning of February if they wanted to work on the music to attend MPA and they all made the commitment to do the work. The music we selected was a challenge for these students and made my students better players in technique and musicality.

“Making a Superior was just the icing on the cake. As a concert band we talked about setting small personal goals to achieve a larger goal set by the entire ensemble. We had many other band directors attend our performance that complimented the band on their performance. They were shocked that we played the literature we did with only 21 horns. Once again, the Polk County High School band proves that you don’t have to have large numbers to be a great band.”