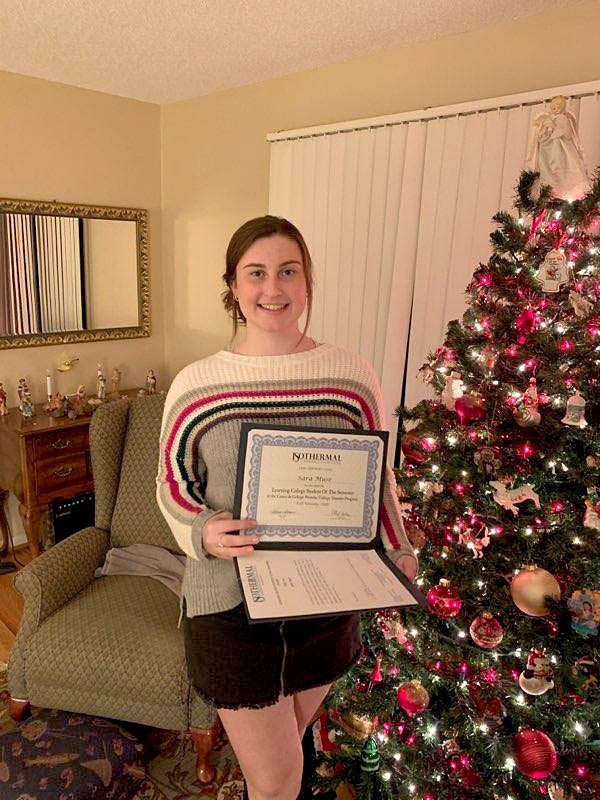 Muse was one of 22 ICC students honored during a recent socially distant and face-covered ceremony in the lobby of The Foundation Performing Arts and Conference Center in Forest City.

Muse has been taking courses in the College Transfer Pathway at ICC. She has demonstrated outstanding work in her college courses, with a 4.0 college GPA. After graduation, she plans to attend a four-year university to possibly study criminal justice.

The daughter of Russell and Tina Muse of Columbus, Muse has also participated in varsity sports at the high school for the past three years and plans to continue in her senior year. She also plays on the Lady Royals club basketball team.

Each student honored by ICC was nominated by one or several of their instructors. The nomination forms included a section of comments about the qualifications of each student.