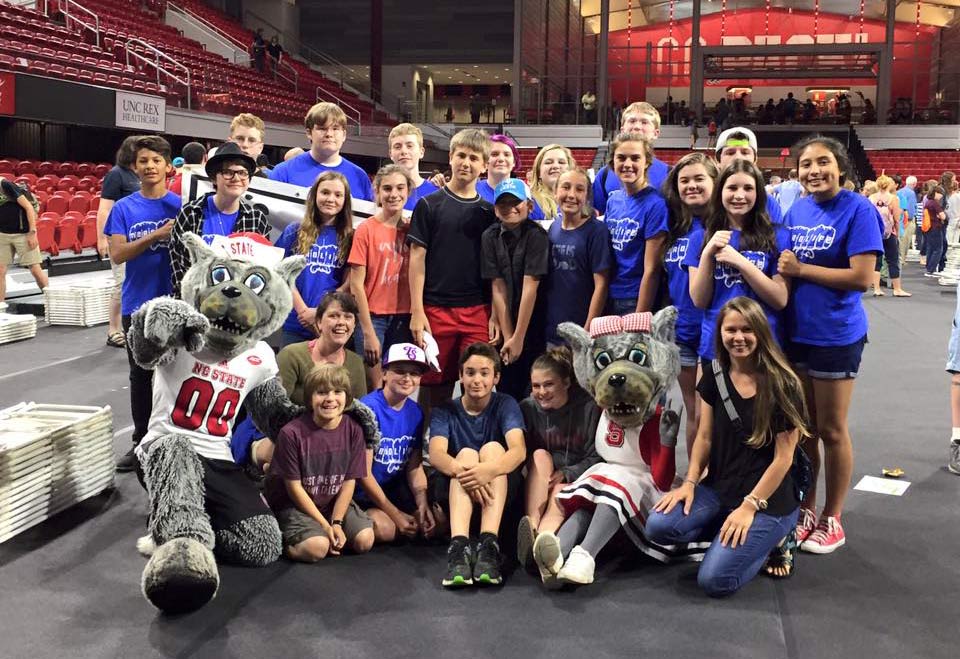 Polk County High School students brought home a handful of medals Saturday from the North Carolina Science Olympiad, the annual test of science knowledge across a wide range of topics held on the campus of North Carolina State University in Raleigh.

PCHS students earned five medals, each signifying a top-10 finish, while competing against students representing more than 100 public, private and charter schools across the state.

“It is a pleasure to work with a group of students who exhibit dedication, kindness and consideration,” said Polk County High School science teacher Jennifer Allsbrook, who has been the school’s Science Olympiad coach since 2001.

“It amazes me that students stay positive under the gruelling conditions of the two-day trip. Travelling seven hours in a bus, eating, sleeping and then starting competition by 8 a.m. the next morning is not an ideal way to enter into a competition, but the students rise to the challenge.

“I am also very lucky to have the support of my principal and superintendent who provide the financial support necessary to make this trip a reality.”

Polk County Middle earned 12th in Wright Stuff, 13th in Dynamic Planets and 15th in Reach for the Stars.