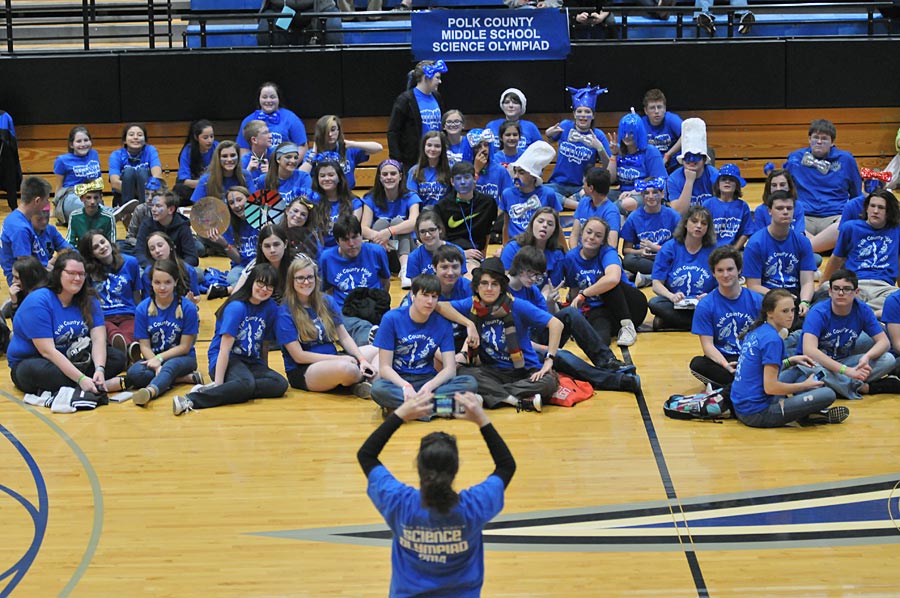 ASHEVILLE – Of the numerous counties in the western section of the state represented at Saturday’s Asheville Regional Science Olympiad at UNC Asheville, only one qualified two teams for April’s state tournament in Raleigh.

That would be Polk County.

Polk County Middle School brought home a second-place trophy and Polk County High School earned one for finishing third, each receiving a berth in the North Carolina Science Olympiad on April 21-22 on the campus of North Carolina State University.

The junior varsity teams from the middle school and high school each also placed second, giving the district four team trophies for the bus rides back from Asheville.