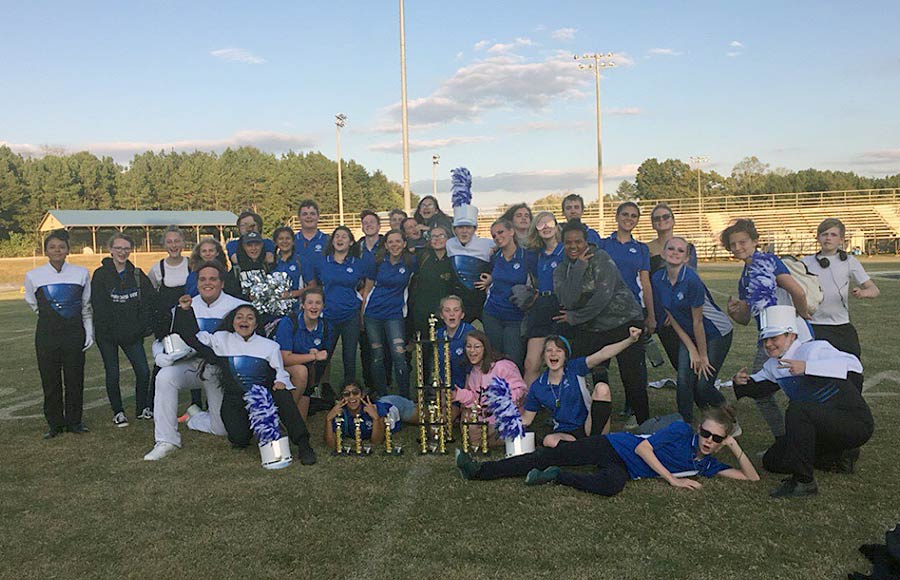 The Polk County Cadets continued an outstanding fall season with a successful showing on October 12 at the Trojan Tournament of Bands at Chase High School.

The Cadets, competing in the Class AA division, earned first place in the division and were also named Grand Champion for classes A and AA.

The band earned first place in Percussion as well as second-place finishes for Music, Guard and Drum Major.

That showing came after the band’s effort on October 5 at the Cedar Cliffs Classic at A.C. Reynolds High School. The band competed there in Class A and placed second in the class, winning first place for Guard, Drum Major and Music and second place for Percussion.

The band finishes its competition season on Saturday, Oct. 19 at Burns High School in Lawndale. The band is slated to perform at 2:20 p.m.

Helping make the band’s success possible is the Polk County Community Foundation, which provided a grant to make marching band free for any student that wished to participate. The grant helps all students to be in marching band without financial barriers.

“Also, a huge shout out to the parents, pit crew and chaperones that accompany us on these trips,” said band director Cindy Gilbert. “Without these adults, the marching band would be at home instead of out competing and going to ballgames.

“These parents, family members and friends of the band are here early loading and unloading equipment, repairing uniforms, putting up hair, making sure the students have everything needed to be competitive. Thank you to these wonderful people for all of the support they give this program and directors.”

The 2019 Polk County Cadets include: