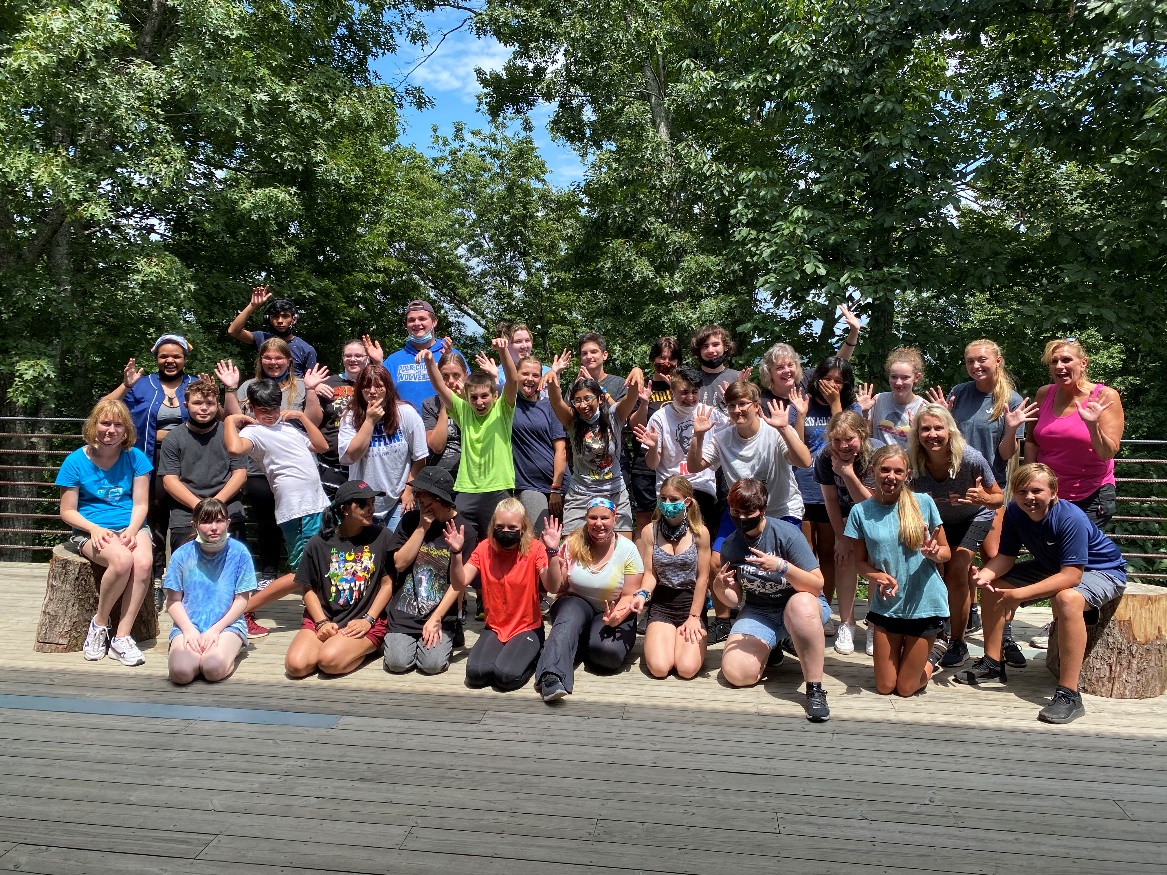 Editor’s note: This is the second in a series of articles looking at this season’s return of the Polk County Cadets

The second week of band camp in August for Polk County’s Cadets offered challenges both in and out of the band room.

During the week of August 9, the Cadets practiced in the morning hours in sections, then came together for the first time as an entire ensemble at the end of the morning to put the pieces together. Following the busy morning, band members typically enjoyed at Beulah Baptist Church Fellowship Hall, but did also have lunch out at Green River BBQ in Saluda and Fuddruckers in Greenville S.C.

After lunch, the real fun began. Each day, the band was taken to different activities designed to foster unity and team building skills. If you ask some band members and adults, you could include survival skills in with a few of the activities.

The Cadets tubed down the Green River, climbed Chimney Rock, solved mysteries in escape rooms at The Escape Artist and tried ziplining at The Gorge. The final afternoon of camp was a time for lounging by Gibson Pool before having a cookout and senior party.

All of these events were possible only because of a generous grant from the Polk County Community Foundation. A student new to Polk County remarked to a band officer that her previous school did not have the money to have the type of camp that Polk County has. She was very appreciative of all that had been provided to her as a Cadet.

At the conclusion of band camp, the Polk County Cadets were looking forward to the football season, once again rocking the stands and cheering on the Wolverines!