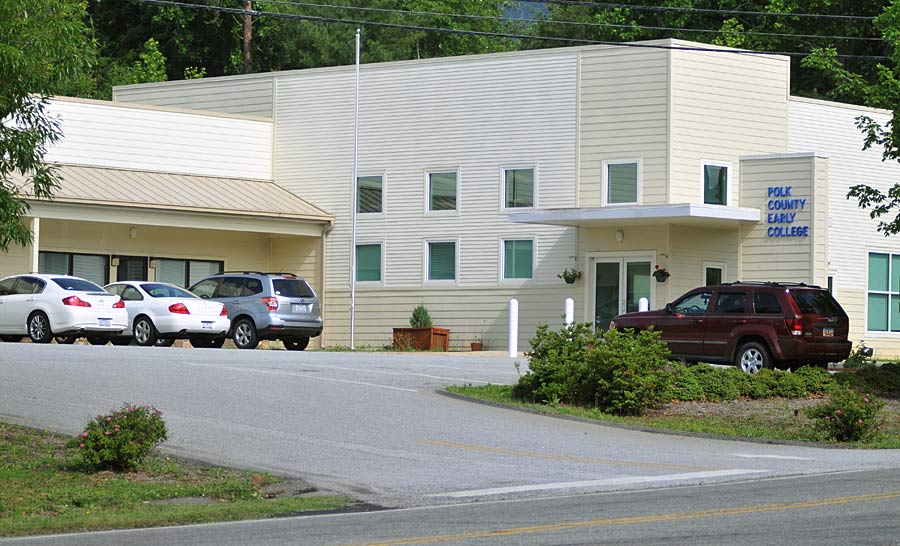 For Sydney Burnett, Polk County Early College has offered a taste of what awaits at the university level.

For Sheila Rodriguez, PCEC has offered a community-like learning environment that has helped her thrive while also preparing for college.

As PCEC prepares for commencement exercises on Saturday at 11 a.m. at Tryon Fine Arts Center, completing its 11th academic year, its reputation – not to mention its student population – continues to grow.

The school earned national recognition with a bronze medal in this year’s U.S. News & World Report rankings of all high schools in the country. Its model bridge building team captured a state championship in just its second year of competition. PCEC opened the state’s first Becca’s Closet chapter, joining the effort to provide free formal dresses to high school girls who might not be able to afford them.

At the heart of that success is a unique approach to learning – students earn college credit as they complete their high school requirements – as well as a tight-knit community of teachers and students dedicated to that mission, which has helped the school grow from 12 students in its first year to 69 this year.

“We’ve gone from being all virtual and being able to offer some college courses to now having the majority of courses taught live by teachers here in this building and having maybe one course online each semester,” said Mary Greene, who has served as the school’s director since its opening.

“For the longest time I think we were probably the best-kept secret in Polk County, just because of the kids we have. They’re really good kids who say they want to be here because they don’t want drama. They just want to do their education. They enjoy being able to graduate with an associate’s degree in four years. They get their associate’s degree and their high school diploma in four years.”

Freshmen now take all four courses each semester from Isothermal Community College-provided faculty who work on the PCEC campus, located next to Polk County High School. As students progess toward graduation, they begin taking more online courses, though ICC professors will often visit the campus to work individually with students who may be struggling in a course.

Earning a high school diploma while also earning an associate’s degree requires a disciplined academic approach, one Burnett expects to pay off when she attends Converse College in the fall.

“You know all of your teachers on a personal level, and if you need anything, they’re really there for you. I’ve struggled in math pretty much all through high school. (Rachel Lampros), our math teacher, has always been by my side, helping me. I don’t think you would get that at a lot of places.”

Nor do many schools feature a community similar to the one found at PCEC. While each student can work alone at a desk in the school’s large open room, there is a focus on group activities, from the many clubs present on campus to academic projects requiring multiple participants to service-focused initiatives.

“We believe in giving back to the community because they’ve been so great to us,” Greene said. “Our senior projects require that they have something to do with giving back to the community. Addressing poverty was one of the projects this year. We had a dress drive, Becca’s Closet. . . and gave away dresses for free to girls that couldn’t afford prom dresses or formals.

“Students need to be self-motivated and make sure they are able to get their work in. We are able to follow them closely because we get to know them and know if they’re behind in their work. They also need to be able to do group work. In the real world now, very rarely are you working by yourself. You’re working on a project with a number of people. So we do a lot of project-based learning.”

“The students get a lot closer here,” said Rodriguez, who will attend the University of North Carolina this fall. “You’re not making one best friend, you’re making 70 best friends. You know they’re there to help you with anything you need.

“In this kind of environment, you gain responsibility. You have to take care of yourself from a young age. It makes the students more mature because they have to do the work themselves. You are mature enough and motivated enough to be prepared for college classes.”

The variety of the school’s clubs – Geek Club, Science Club, Harry Potter Club, among others – is testament to the student body’s drive to move out of their pods and into group settings.

“You learn to be social here,” said freshman Joel Resendiz. “People come up to you and start talking to you. The group projects involve everyone in being social.”

“One misconception is that we’re not social,” Greene said. “Our kids are extremely social. They probably have more time to work together and be with their friends and hang out than anywhere else because of all the group work and projects they have to do.”

Greene said the PCEC campus is capable of supporting 80 students. Those interested in attending must apply for admission. More information about PCEC can be found at http://pcec.polkschools.org/