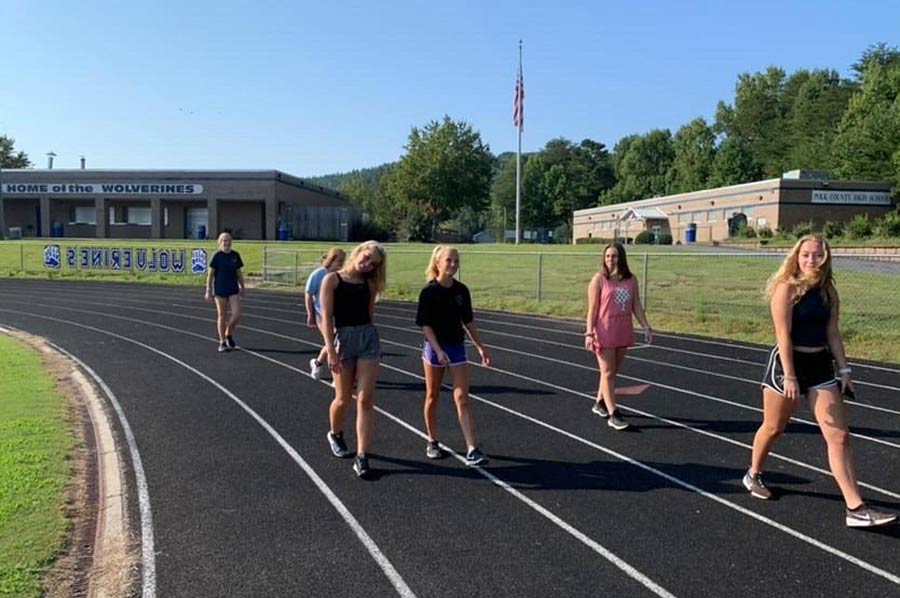 None of Molly Hill’s students were alive in 2001 when terrorists hijacked four planes and crashed them into locations in New York City, Washington, D.C. and the Pennsylvania countryside.

As the 20th anniversary of the tragic day of Sept. 11, 2001 approached, Hill wanted to make certain students in her physical education classes remembered those events, understood how the attacks on America that led to almost 3,000 deaths changed the future of the country.

In talking with her siblings, both teachers in Henderson County, and other educators, she finally found the means of doing so. On Monday, PCHS physical education classes taught by Hill and Billy Alm walked 1.046 miles in G.M. Tennant Stadium, taking approximately the 2,071 steps that were needed to climb the 110 flights of stairs in the World Trade Center buildings in New York City.

“The ROTC teacher at West Henderson forwarded me an email that had the information about how many steps were in the World Trade Center and that it was just over a mile,” Hill said. “I talked about it with Billy and we decided to have our classes do this, to walk or run a mile, whatever they were comfortable with.

“I wanted the entire school to do it, but with social distancing, it just wasn’t possible. So we limited it to our classes, where we have small numbers.”

Hill prepared the class for the event by talking about the 9/11 tragedy and sharing her memories of being an elementary school student and finding out about the attacks from her mother, who was a teacher at Rugby Middle School at the time.

“We talked a lot about why we were doing it, in remembrance of everything that happened that day and in remembrance of the firefighters and police officers who died in the buildings,” Hill said. “The students were excited about the chance to do it and it was a good way for them to become more knowledgeable about that day.

“I wanted the students to remember all those people who lost their lives that day and to remember everyone who has fought for their freedom since that day, to keep all of those people in mind as they walked around the track.”