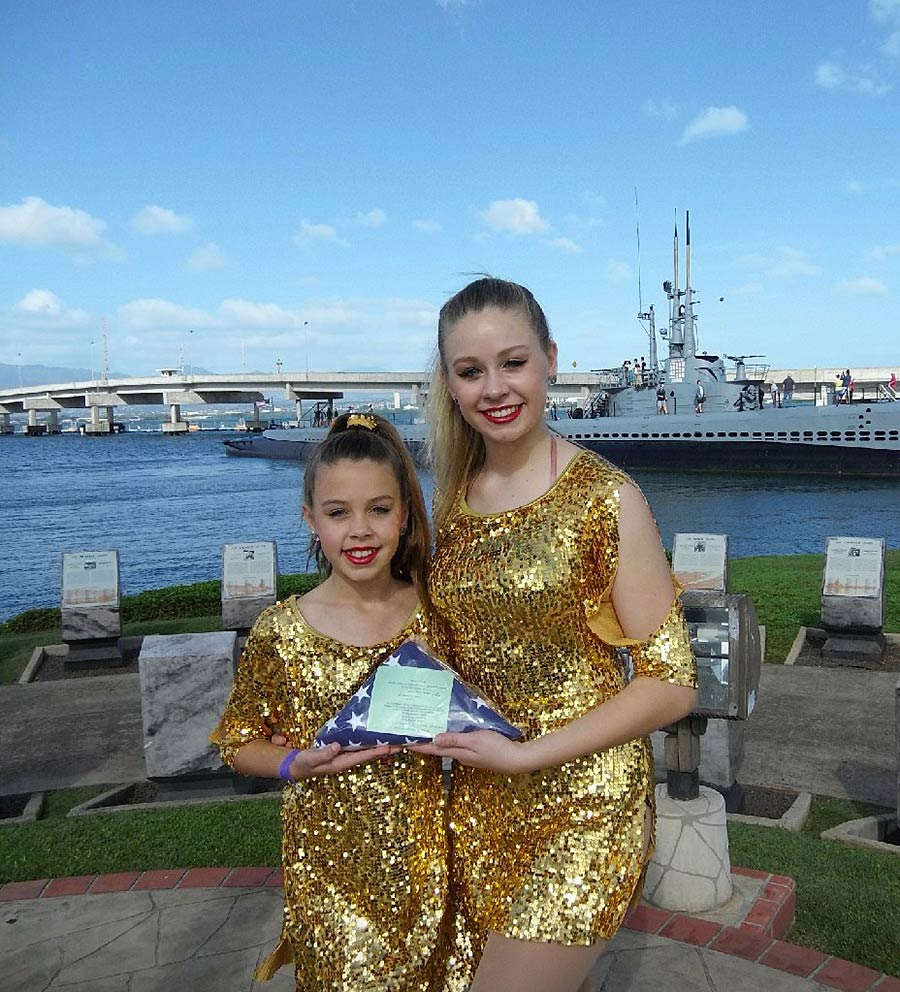 A pair of Polk County students recently had the opportunity of a lifetime – a chance to be part of memorial celebrations at the Pearl Harbor naval base in Hawaii.

The journey had even more meaning for the Richardsons – their great-grandfather worked to help repair American ships damaged in the bombing of Pearl Harbor by Japanese planes on Dec. 7, 1941.

“I really enjoyed learning about the history of World War II, but it was even more interesting knowing that my own ancestor once stood on these grounds and helped to put the ships back in service,” Brianna Richardson said.

The Richardsons, along with several other dance groups from across the country, performed for a crowd in front of the USS Bowfin, an attack submarine that fought in World War II. After dancing, each troupe received an American flag that had actually flown at Pearl Harbor. Later, the dancers were able to walk through the USS Bowfin and see how American submariners lived and fought during the war.

Later in the week, the Richardsons got to dance and perform in the 76th Annual Pearl Harbor Memorial Parade to honor and commemorate those who have served our country. Survivors of the Pearl Harbor attack led the parade.

The trip is one neither Richardson will soon forget. In addition to their time at Pearl Harbor, the Richardsons had a chance to visit the other bases that were bombed in the attack and the locations where numerous television shows and movies have been filmed.

“We had to practice several hours a day to get ready,” Alisha Richardson said. “My favorite part of the trip besides dancing was getting to watch a luau. My sister was even chosen to go up on stage to dance.”