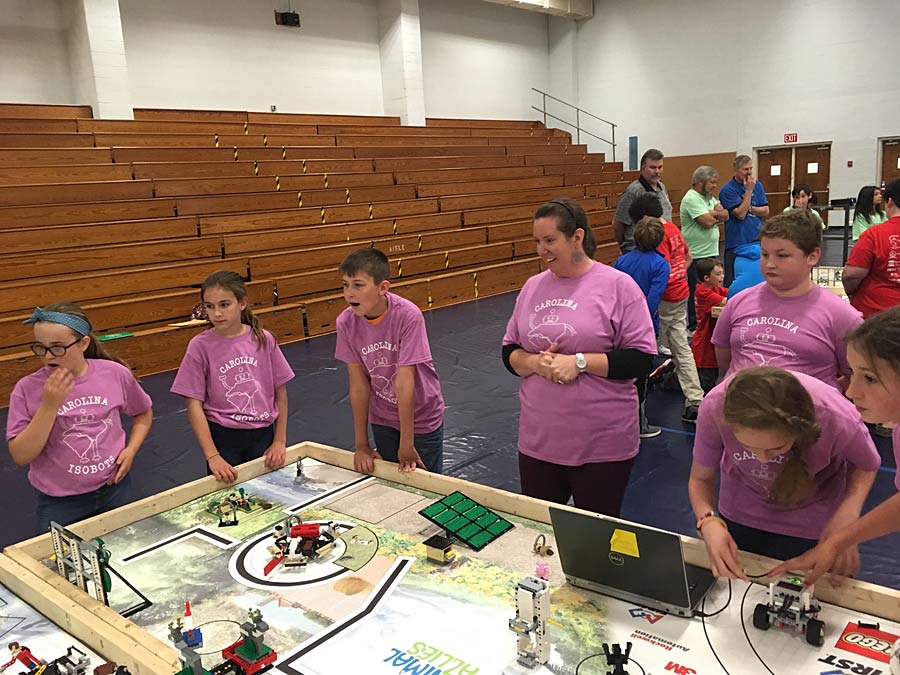 Teams from all four Polk County elementary schools and Polk County Middle School competed Saturday in the Carolina Isobots Regional Tournament, held at Isothermal Community College. Represented at the tournament were schools from Polk and Rutherford counties as well as Spartanburg County’s District 2.

Polk Central earned recognition with the Core Values Award: Teamwork while Saluda Elementary placed seventh overall in the field of 36 teams, most of whom have been established longer than Polk County’s entrants. Rutherfordton Elementary took the top two spots in the competition.

The event marked the culmination of the startup year for Polk County Schools’ FIRST LEGO League robotics teams,as teams formed and began working in January. FIRST LEGO League teams research a real-world problem such as food safety, recycling, energy or animal safety and are challenged to develop a solution. They also must design, build and program a robot using LEGO MINDSTORMS technology, then compete on a table-top playing field.

Students learn to apply science, technology, engineering and math concepts (STEM), plus imagination, to solve their problem. Along the way, they also develop critical thinking and team-building skills, basic STEM applications and even presentation skills as they must present their solutions with a dash of creativity to judges.