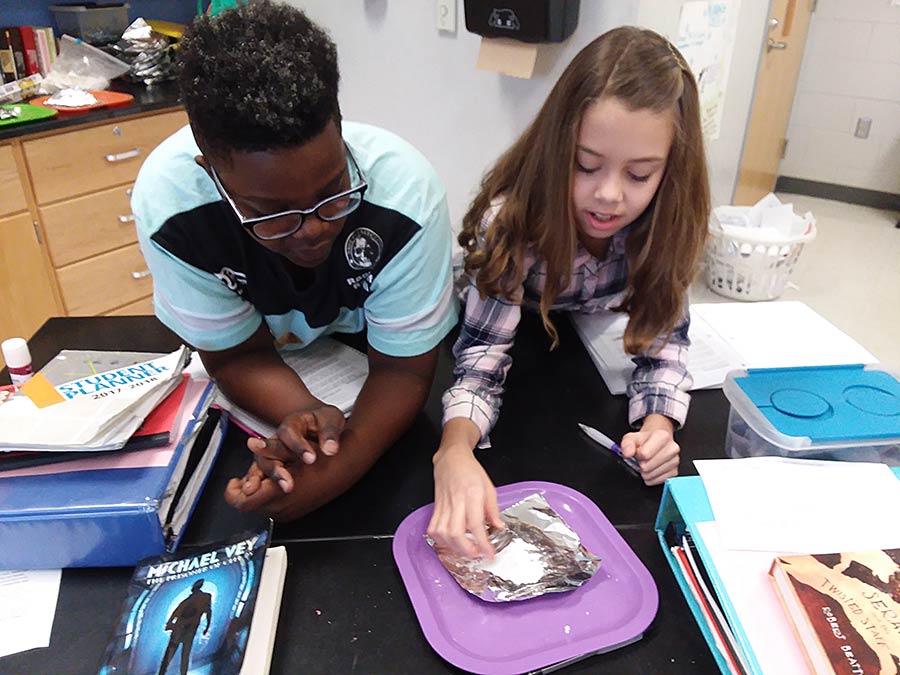 Sixth graders in Rowann Hoy’s class have been using a sugar cube to serve as a model of a rock and observed changes that would occur to it if it were in the rock cycle.

Many students were quickly able to see the similarities in the characteristics between the sugar cube and a sedimentary rock.

“It has pieces that were compacted and cemented together,” said Maddie Rogers, while Maggie Johnson was quick to point out, “its texture is sandy, like the sandstone we touched.”

Students were asked to weather down the “rock” into sediments and then we carefully used a candle flame to melt these sediments into “magma”. The students were amazed to see something like obsidian, a quick cooling lava rock, forming as the melted sugar cooled in front of their eyes.