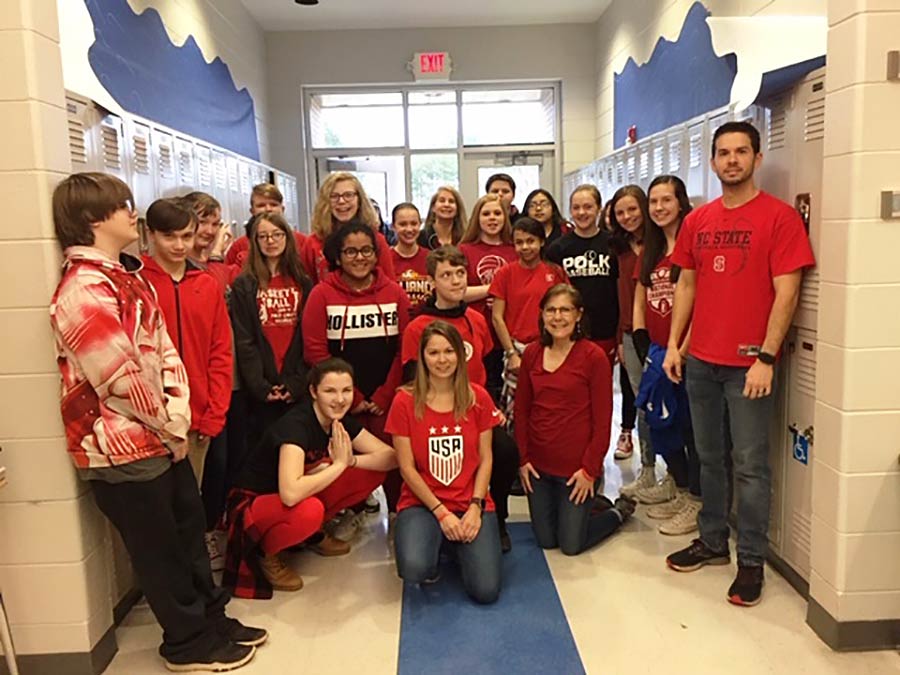 At PCMS, Project Unify is open to students in sixth through eighth grades. Project Unify students worked diligently to come up with ideas to raise money for Special Olympics as well as having schoolwide events to encourage all students to have more respect.

As a fundraiser for Special Olympics, homerooms competed throughout the week by collecting money to encourage students to change the way they think, the things they say and the way they act. Homerooms collected change all week and this fundraiser met their goal of $500. Winning homerooms included:

Students were allowed to wear caps on Tuesdays to encourage students to put a cap on the “R” word. On Wednesday, all students and staff were encouraged to sign the pledge banner in the cafeteria that said “I pledge to show respect to everyone, be part of a unified generation, be a fan of acceptance and inclusion, build a world of respect and be a fan of friendship and unity.”

On Thursday, teachers and students wore jeans for genes and, on Friday, everyone wore red to show respect.