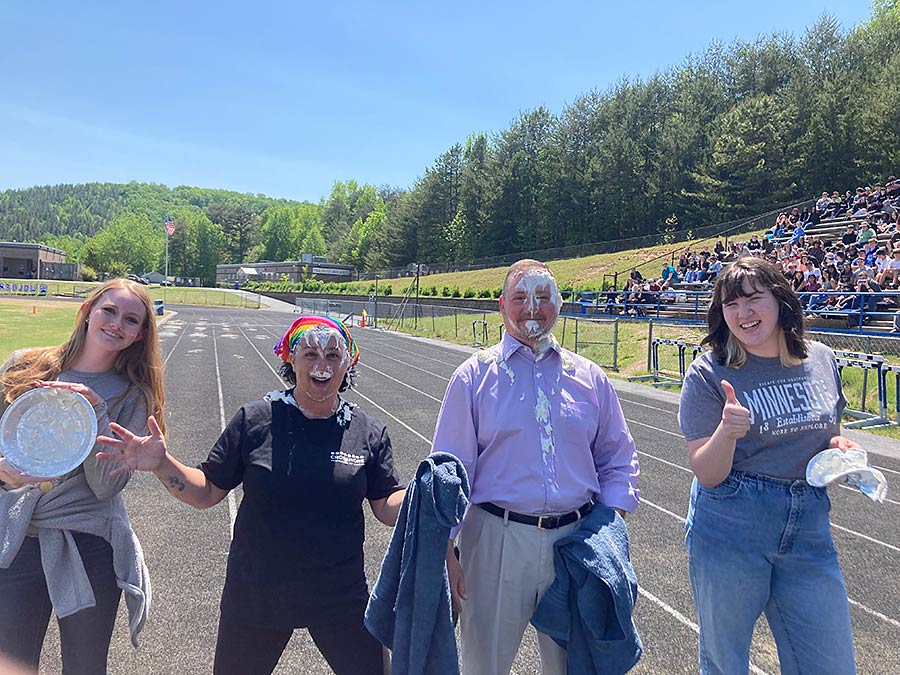 Polk County High School students stayed busy during the week of April 25 with the annual Powderpuff game on April 27 and a Dodgeball tournament throughout the week.

The Powderpuff game served as the revival of a school tradition that had been inactive in recent years. The senior girls team defeated the juniors, 8-0.

All in attendance agreed it was a fantastic time in G.M. Tennant Stadium, especially after several years of no Powderpuff. The girls were excited to revive the tradition.

At halftime of the game, faculty members Maria Freeman and David Minnich received pies in the face as part of the school’s Thermal Belt food drive competition in March. During that time, PCHS students raised $528 and collected more than 800 pounds of food for Outreach.

PCHS students also participated in a Dodgeball tournament during the week. Beginning with nine teams on Monday, the “Polk Boyz” defeated all the competition.

Following the championship game, the “Polk Boyz” had a special exhibition match against members of the Polk County Sheriff’s Department.

The student body loved having local law enforcement officials participate in the match.