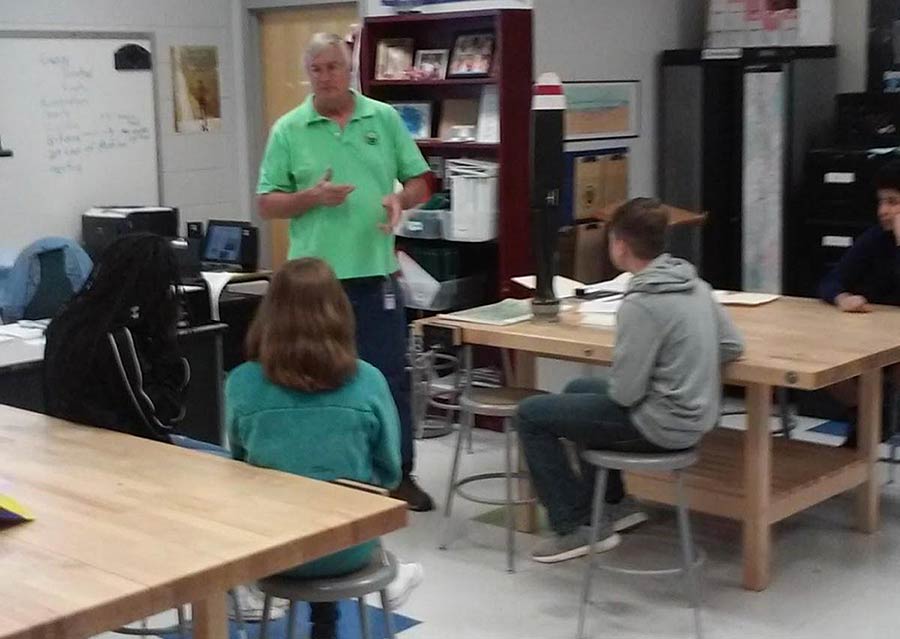 As part of the eighth grade’s unit on aviation, Hyde discussed Bernoulli’s Principle as he showed students a wing from a small French plane and a damaged propeller from another plane.

Hyde, who is also a pilot, donated two $50 awards as incentive for the students to build the best airplanes. Bryce Jergensen and Dominique Carson won the prize money as they each had the most consistent air time and distance among the flights.