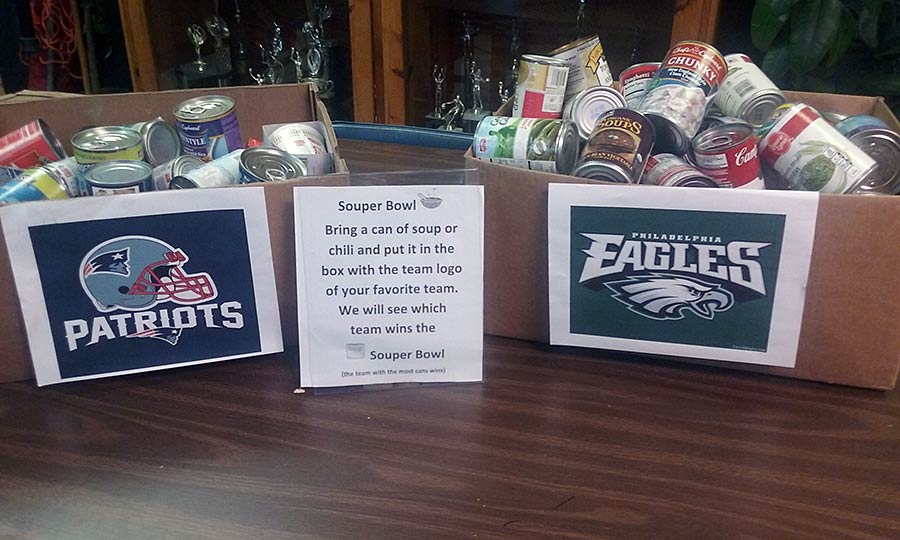 The Philadelphia Eagles and New England Patriots staged one of the best Super Bowls in the game’s history on Sunday, the Eagles earning a 41-34 win in Super Bowl LII.

Saluda Elementary School students may have delivered a performance equally as good.

Saluda students brought in canned soups to vote for their favorite team as part of the school’s Souper Bowl, with all donated items heading to Thermal Belt Outreach Ministry.

Just as with the real game, the Eagles were the winner by an 85-47 count – 85 pounds of food to 47. That’s a total of 132 pounds of goodness that will be heading to TBOM’s cupboards.

Unlike the real event, there were no losers in this contest.