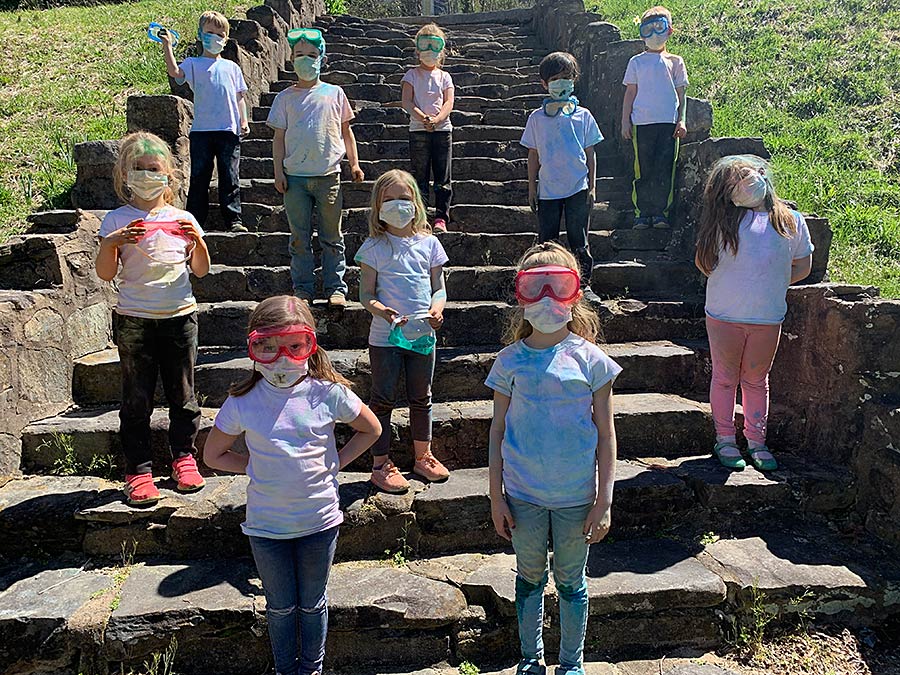 Thanks to a generous Be Inspired Grant from the Tryon Fine Arts Center, Saluda Elementary first graders in Ellen Rogers’ class enjoyed the Hindu celebration of Holi with a Color Run.

Holi, also known as the Festival of Colors, marks the beginning of spring and this year took place on March 29. While the colors used during this celebration were store-bought, students have been learning how colors can be made from dried flowers and will be experimenting with some they’ve collected from the school grounds.

Students also compared Holi to the Jewish holiday of Passover, which began on March 27, and Easter, which was April 5.