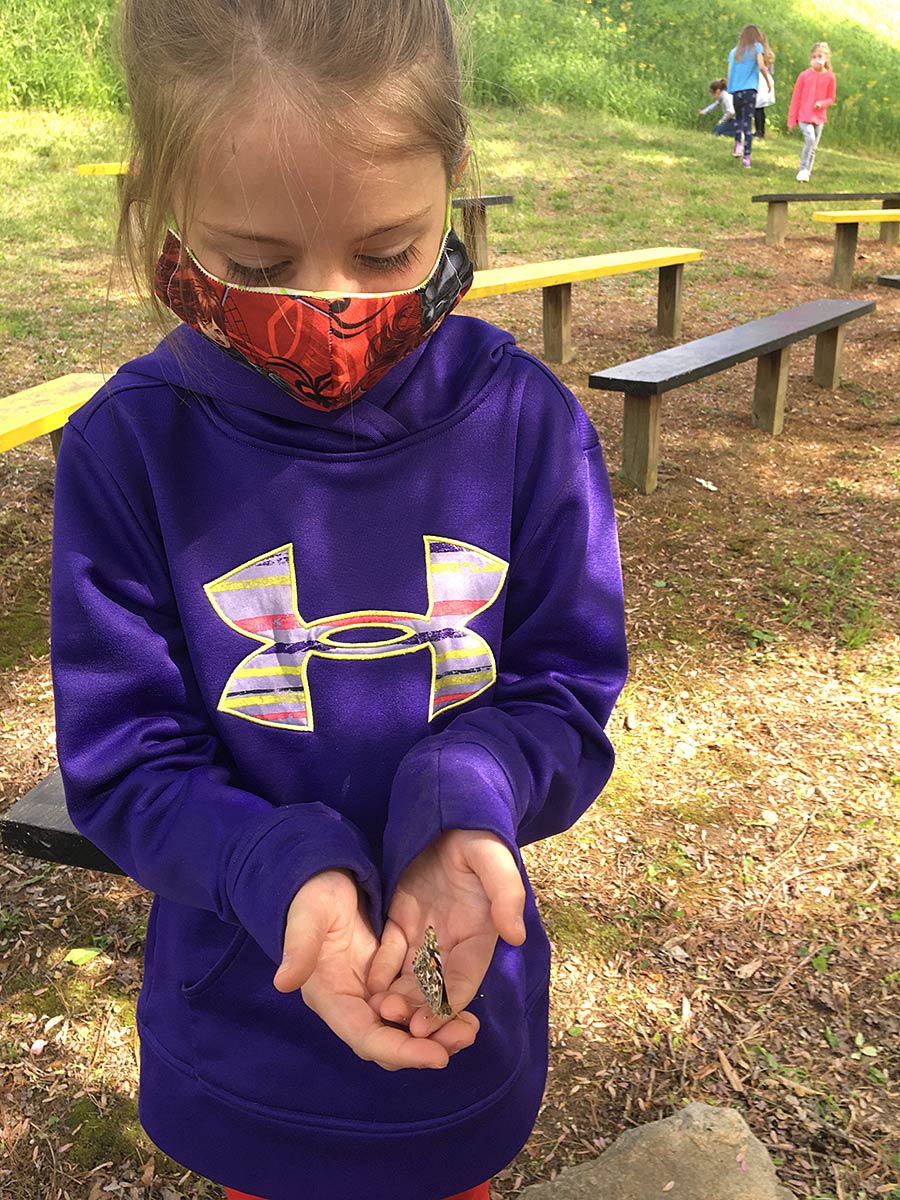 Second grade students in the classes of Stephanie Fletcher and Christine McGee at Saluda Elementary School recently released butterflies at the end of a study of life cycles.

The hands-on less began with students watching their own caterpillars grow for several weeks. When class members returned from spring break in April, they were surprised to see that the caterpillars had formed chrysalises, hard exoskeletons that protect the growing soon-to-be butterflies.

It took a couple of weeks for the butterflies to begin to emerge from the chrysalises, and students were able to observe them in the classroom for a week before they were released.