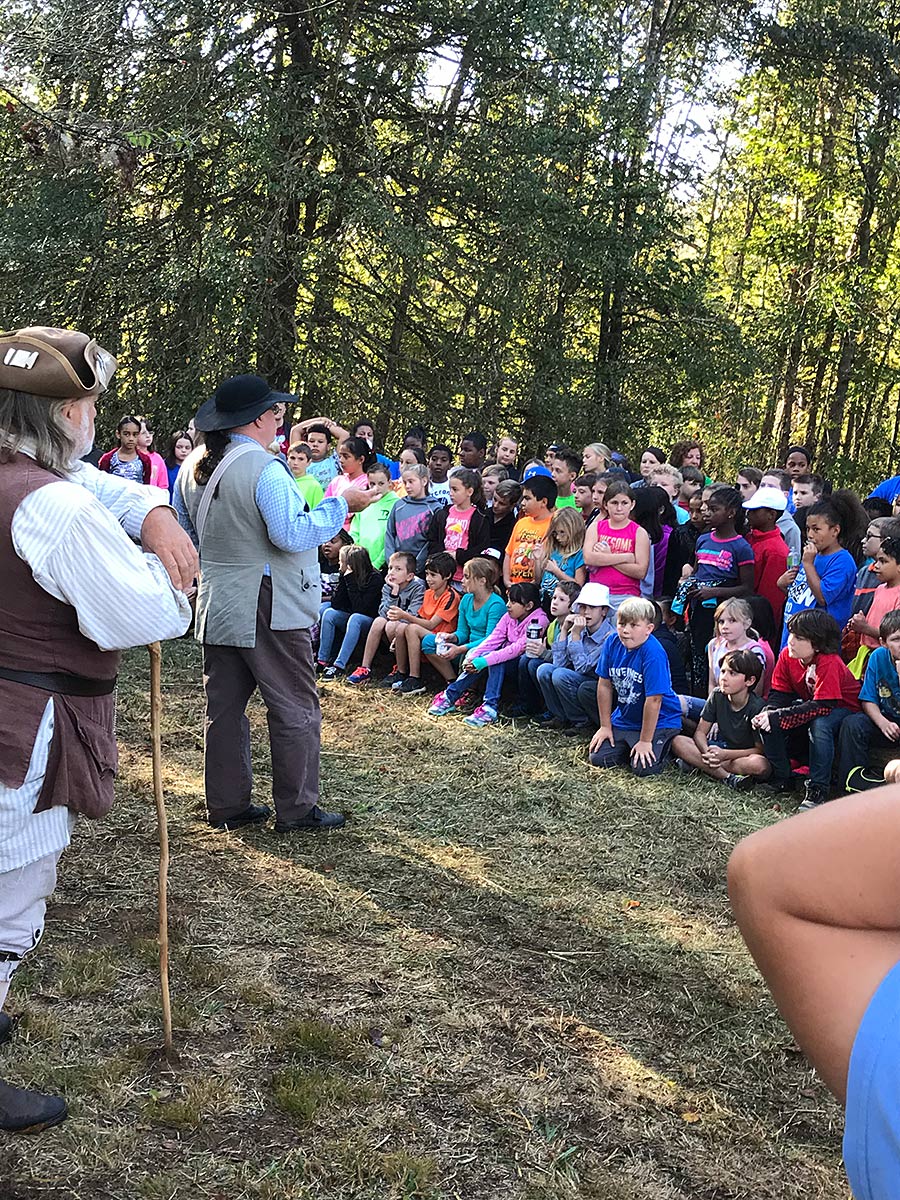 The Overmountain Victory Association arranged for a group of re-enactors to meet with the students and joined them for a walk on part of the trail. Stretching 330 miles through four states, the Overmountain Victory National Historic Trail traces the route used by patriot militia during the pivotal Kings Mountain campaign of 1780.

Students learned about how Overmountain men from the area joined the militia to help defeat British commander Patrick Ferguson at Kings Mountain, helping turn the Revolutionary War in favor of the Americans

Later in the day, Saluda students had a chance to become archaeologists, using chocolate chip cookies to learn about the scientific method. They also learned that excavating fossils takes a lot of time and patience, but the rewards can be sweet.