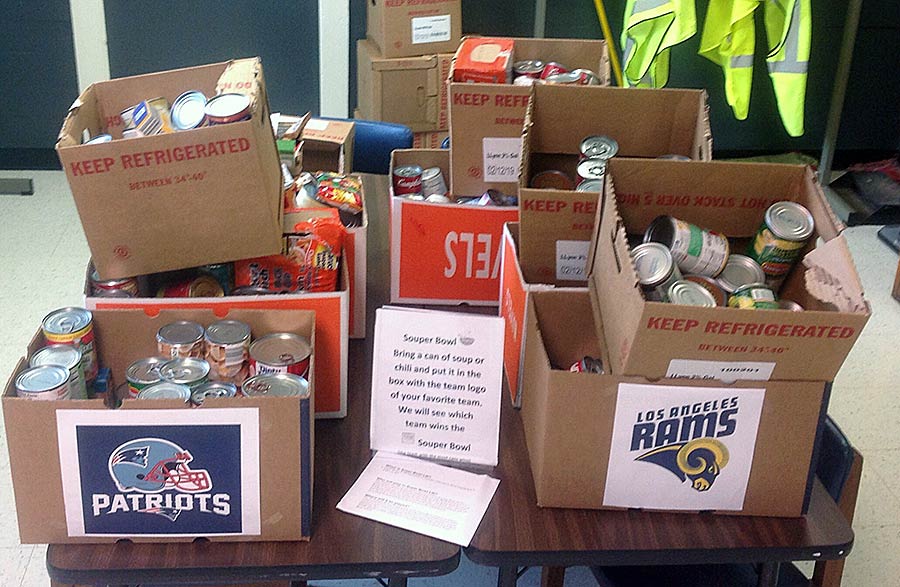 The New England Patriots earned another Super Bowl trophy on Sunday in Atlanta – but scored an equally impressive Souper Bowl win in Saluda.

In conjunction with the big game, Saluda Elementary held a Souper Bowl to benefit Thermal Belt Outreach. Students were urged to bring in canned good items and place those in a box to support either the Patriots or Los Angeles Rams, this year’s Super Bowl competitors.

As last week began, the Rams surged to an early lead, with Los Angeles fans filling two boxes with canned goods by mid-week. But much as the Patriots pulled away in the final quarter of Sunday’s game, so did Patriot fans rally to push their team to a Souper Bowl victory, bringing in 131 pounds of food items to top the 124 pounds brought by Rams fans.

The real winner, though, is Thermal Belt Outreach, which will receive 255 pounds of food items to help stock its pantry.