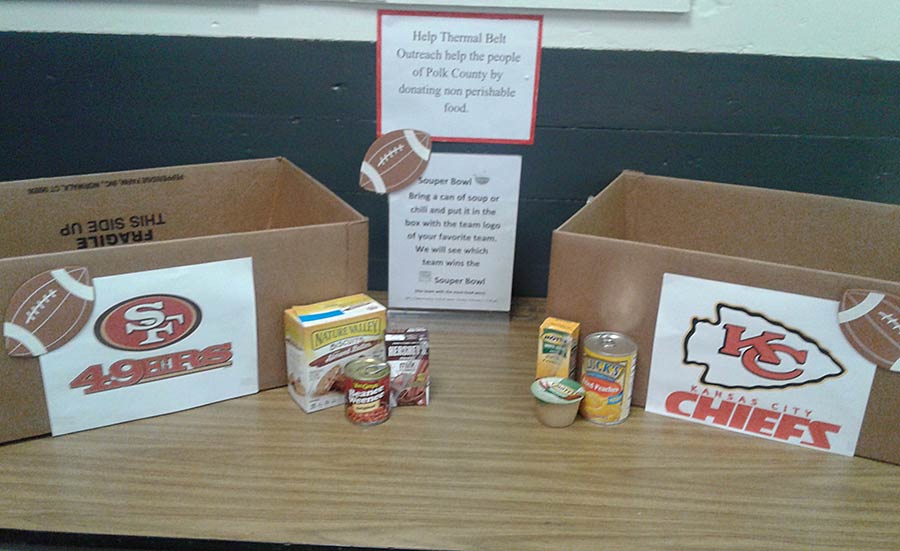 Saluda Elementary is once again holding a food drive for Thermal Belt Outreach in conjunction with the upcoming Super Bowl.

As part of Saluda’s Souper Bowl, students will bring in non-perishable food items and place those in a box with the logo of the team that they want to win the Super Bowl, the two teams being the Kansas City Chiefs and San Francisco 49ers.

The team that has the most cans will be deemed the winner of the Souper Bowl.