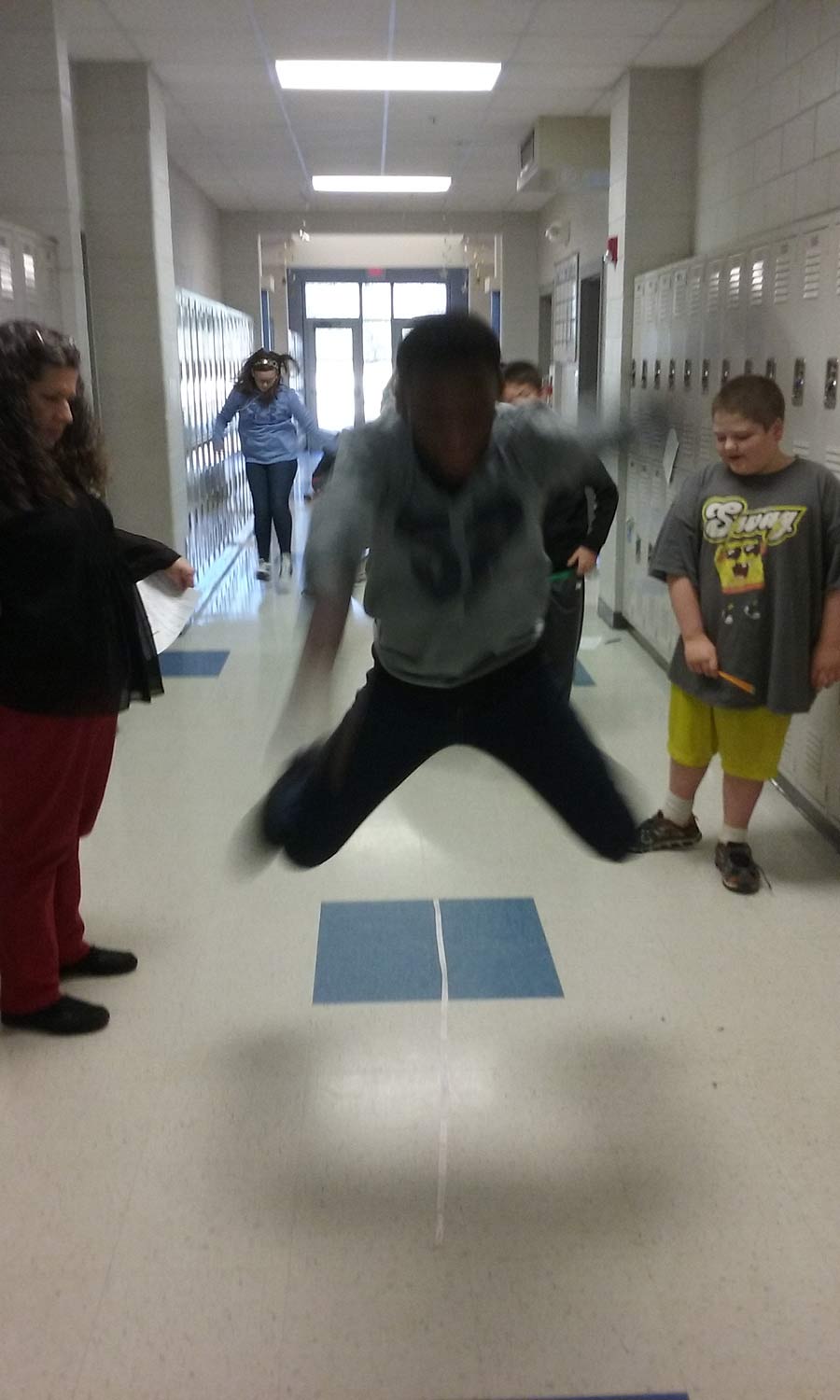 To conclude a unit on space, students in Rowann Hoy’s science classes were asked to find their average jumping distance in centimeters and use that average to calculate how far they could jump if they were on the moon or another planet. Students then practiced their graphing skills by making a bar graph of their data.

“On Earth, I jump 99 centimeters,” said sixth grader Vinca Hebbard. “On the moon that jump would be 582 centimeters and on Jupiter I would jump only 34 centimeters. On the moon I would jump farther because there is far less gravity than on Earth. On Jupiter there is a lot more gravity so I wouldn’t jump as far.”