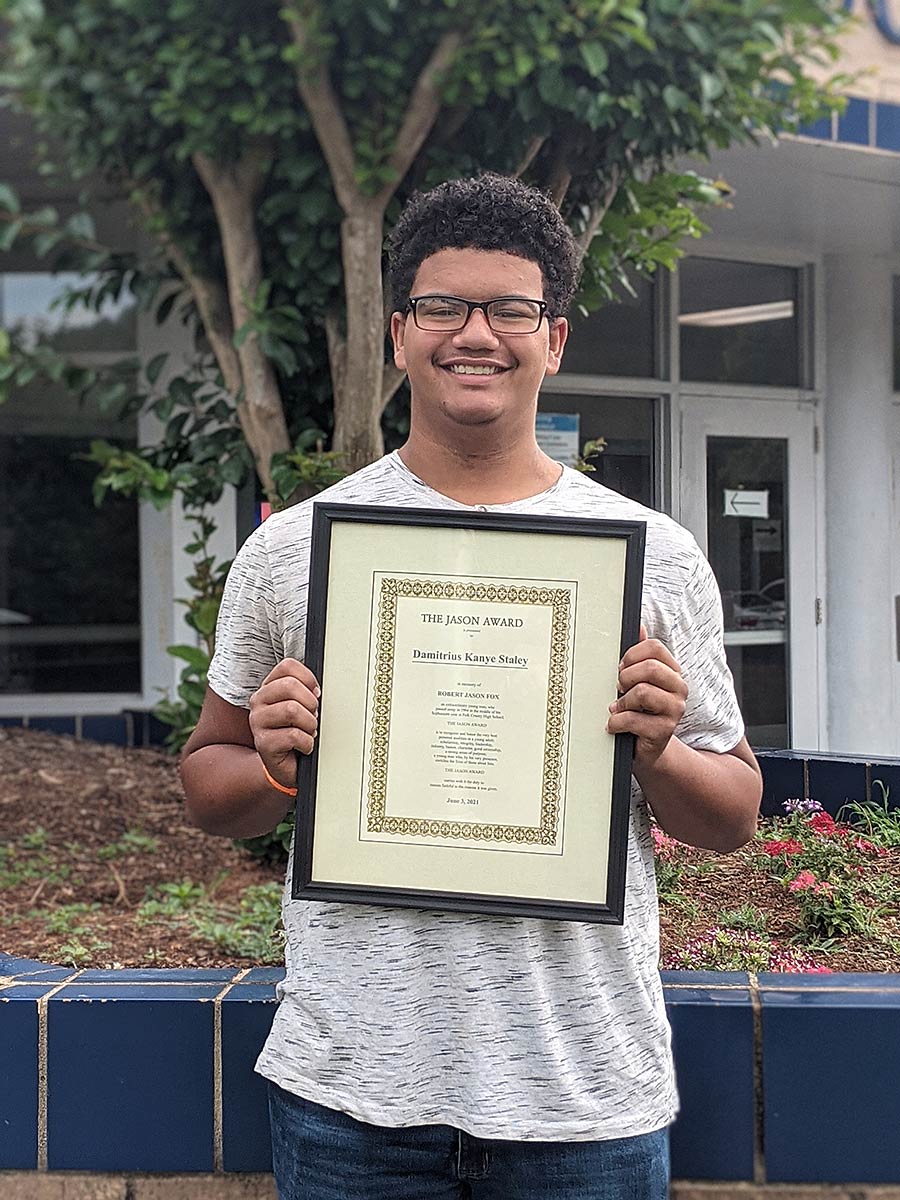 Robert Jason Fox, best known as Jason, was a native of Tryon. He attended Polk County Schools from kindergarten into high school and was a member of the first freshman class to attend the new Polk County High School in Columbus when it opened in the fall of 1992.

Early in his sophomore year, Fox was diagnosed with leukemia and forced to withdraw from school for treatment. He passed away early in 1994.

During the short time he was a high school student, Fox earned the respect and affection of his teachers and his peers. He was a likable young man, a serious student and a good athlete, responsibly fun loving with a good sense of humor and a reputation for integrity and good citizenship. Fox was an outstanding role model for every student; he was also a glowing example of the importance of supportive, loving parents.

To honor Fox’s memory, an anonymous donor established a special award to be given each year to a male sophomore student whose personal qualities are as exemplary as those of Fox. This year, awards were given to a sophomore and junior as the coronavirus pandemic prevented selecting a recipient during the 2019-2020 school year.

The award consists of a citation designed by respected artist Julia Williams and a Fox­head pin designed by renowned sculptor William Behrends, cast in sterling silver to symbolize Fox’s character.

It becomes the duty of the young man who receives this award to be faithful to the memory of Fox and to always remember the reasons this award was given.