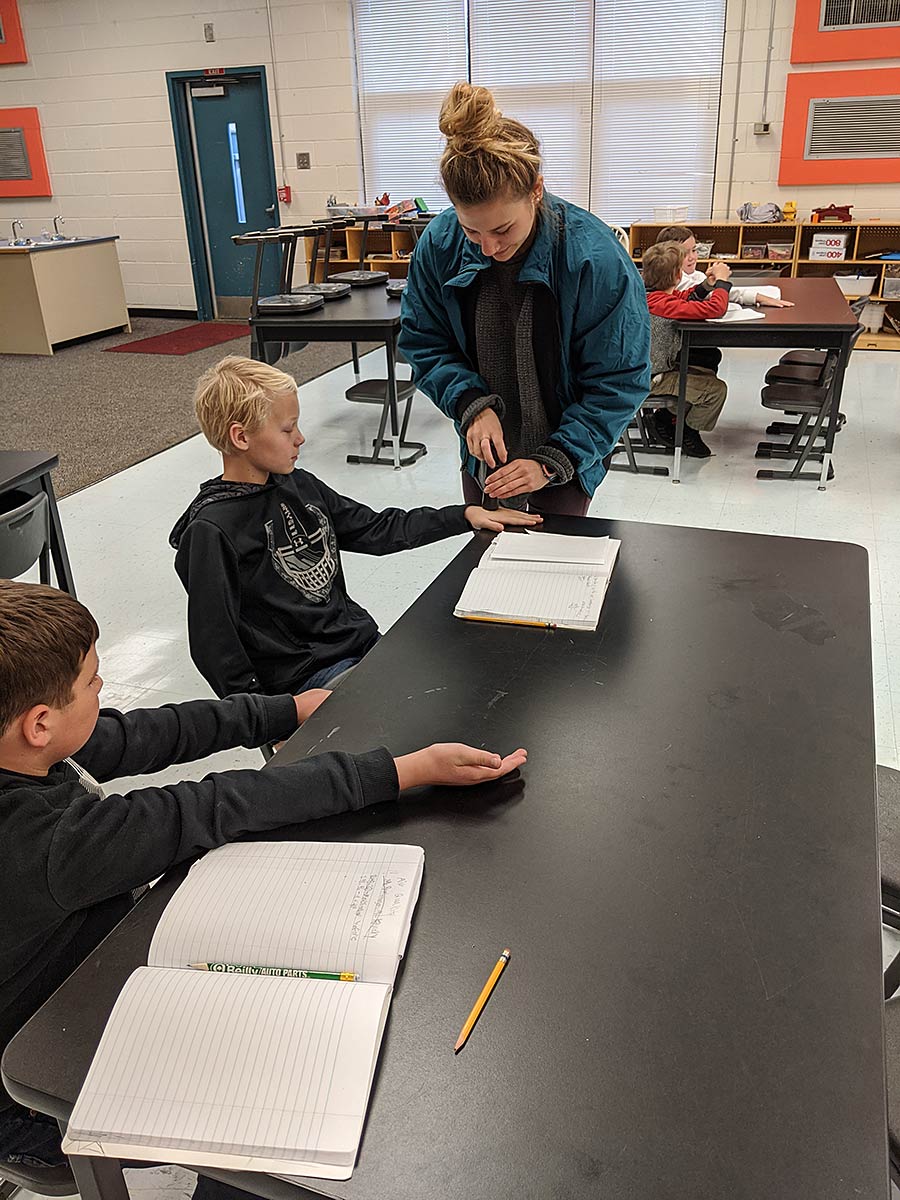 Students learned about the importance of clean air by holding their breath for just 30 seconds!

They built oxygen, carbon dioxide, water and nitrogen molecules to get a sense of the components of air. They predicted and tested the effects of adding and removing air from a sealed jar of marshmallows – and received surprise results as adding air made the marshmallows get small and hard while removing air made them expand. Students also inspected air filters taken from different places to compare air quality in different conditions.