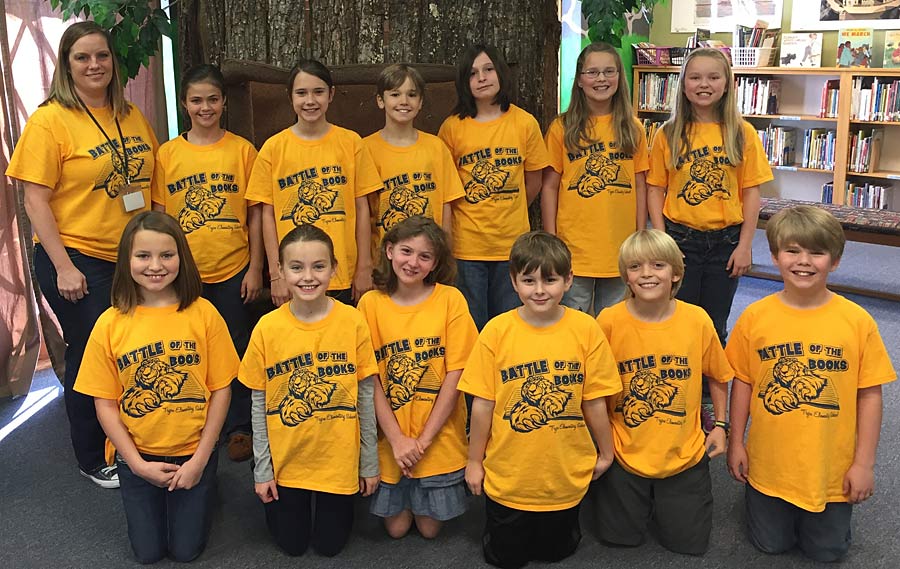 Teams of 12 fourth and fifth graders from the four schools took part in a series of matches in the school auditorium, focusing on 18 books designated for the competition. Each round between two of the four schools consisted of 12 questions, with students given 20 seconds to answer a question after being asked.

To correctly answer a query and earn three points, students had to respond to a question with the title and author of the related book. Each school took part in three rounds, with the county champion being the school with the most total points from those rounds.

That honor went to Tryon Elementary School, who took top honors and will now represent Polk County in the regional Battle of the Books competition in Asheville in late April.

The other teams competing in the event included: