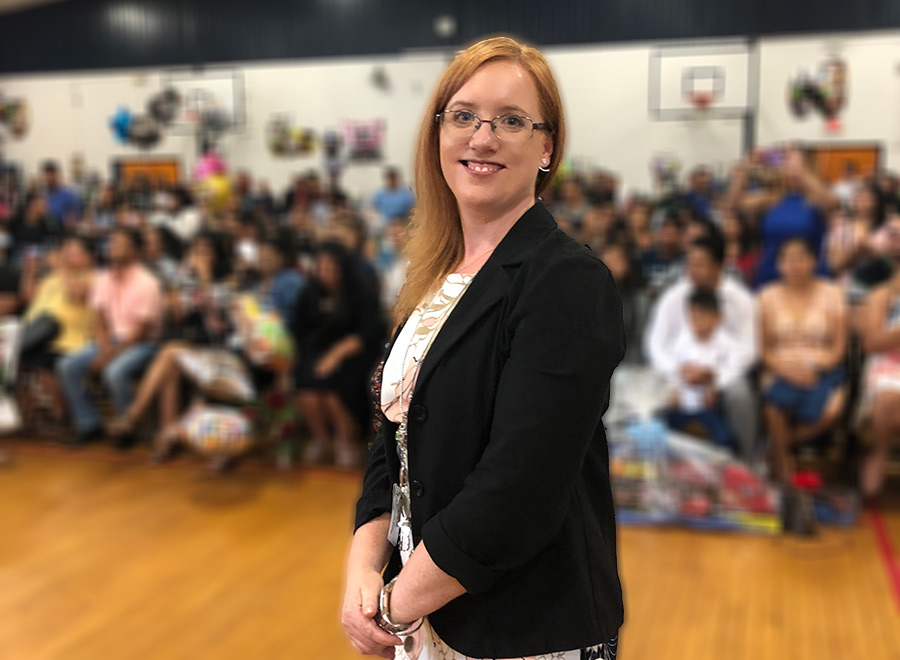 A veteran administrator with more than a decade of educational experience has been named the new principal of Saluda Elementary School.

Tobree Mostel has been chosen to lead Saluda Elementary, replacing Dr. Cari Maneen, who was named last month as the new principal at Tryon Elementary School.

Mostel moves to Saluda after spending the past 11 years as an assistant principal and supervisor for the Lakewood Public School District in New Jersey. Mostel recently relocated with her husband to Polk County.

“It is such an honor to be named as the next principal of Saluda Elementary, which has a strong reputation for student growth and excellence,” Mostel said. “Students will continue to challenge themselves with academics that allow them to think outside the box, be problem solvers for tomorrow and grow to be strong individuals focused on building a promising future.

“I will continue to work diligently to ensure all students thrive in the classroom and beyond. As a new face to the district, I look forward to taking the time to build strong bonds with our families and communities.”

Mostel earned her undergraduate degree in Elementary Education and Political Science from Rider, then received a Master’s of Education Administration from The College of New Jersey. She recently earned a Post Certificate in Public Health Leadership from The University of Florida.

Prior to moving into her assistant principal’s role, Mostel served as Supervisor of Grants for Lakewood. She also worked as director of the South Brunswick YMCA.

“Polk County Schools is pleased to welcome Tobree Mostel to Saluda Elementary School as its next principal,” said Polk County Schools Superintendent Aaron Greene. “Ms. Mostel brings with her experience as an elementary administrator and her obvious passion for teaching and learning.

“Her commitment to meeting the needs of students, staff and community is evident and will benefit Saluda Elementary and Polk County Schools.”