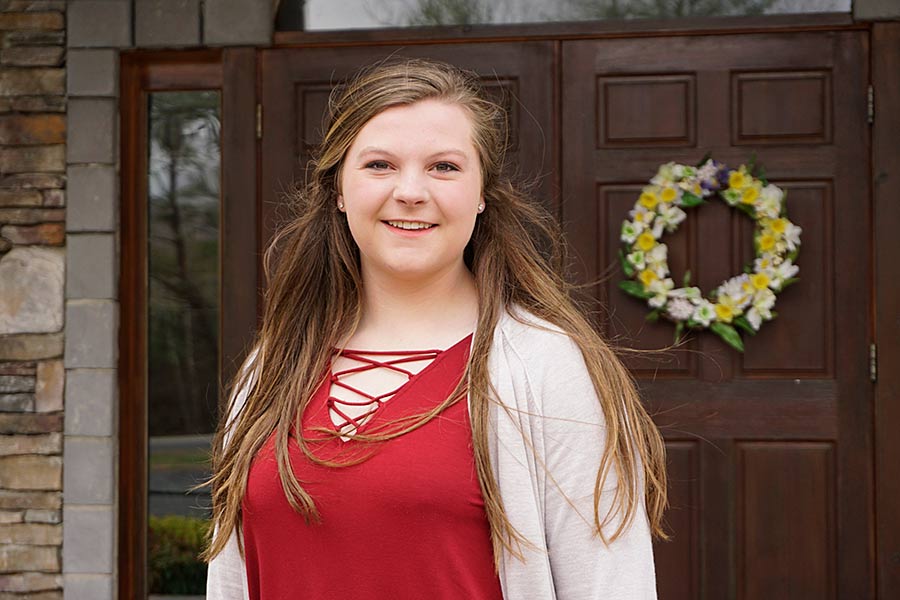 Amid the busy schedule required of an honor roll student and standout athlete, Reagan Waddell never fails to find time to help others.

It is a central tenet of the Polk County senior’s life, a belief instilled by her parents and fueled by deep faith. Perhaps the time is not always easily given, but the end result always justifies its use.

“It’s important to me after seeing the results of things that I and my family have done to help the community,” Waddell said. “The results are what have kept me pushing to keep on doing it, seeing the good that has come from every situation that we’ve been in and every person that we’ve helped out.

“That really gives you a positive feeling and you want to help more people out.”

Waddell has taught weekly Bible lessons to Hispanic preschoolers, volunteered at Thermal Belt Outreach and Super Saturday, helped coach and officiate in local youth volleyball leagues. Last year she created a “Hope Party,” an event inspired by a summer church camp and designed for Waddell and fellow students to minister to younger children.

“We had 40 to 50 kids, and that was my goal, 50 kids,” Waddell said. “We played volleyball, we played cornhole, we had henna tattoos there. But we also had some of the team that created (the party) to give their testimonies.

A National Honor Society member, Waddell ranks in the top 10 percent of this year’s senior class, earning selection as a North Carolina Scholar and North Carolina Scholar-Athlete. Named the Western Highlands Conference volleyball player of the year, Waddell earned all-state honors in leading Polk County to the state semifinals. She also placed third at this year’s state indoor track and field championships in the shot put.

“As impressive as her paper resume is, Ms. Waddell is even more impressive to meet,” said Polk County Principal Dr. Brandon Schweitzer. “She possesses all that represents a well-rounded student – resilient, trustworthy, adaptable, compassionate, dedicated, respectful and humble. She has been a model of leadership at our school that you simply cannot put a value on.

“Ms. Waddell has a future ahead of her with endless potential. Whatever college she finds herself at after high school with truly be a better place for having her.”

That destination is Liberty University, where Waddell hopes to take the first steps on the road to becoming an orthodontist. It’s a journey that will be bittersweet at its outset as Waddell says farewell to competitive school sports (she hopes to continue play recreationally).

“It’s a little more bitter than sweet right now because I’ve been involved in sports all my life,” she said. “Since I could walk, that’s been a huge part of my life. But the sweet thing is I’ve been able to do it. God has blessed me to be able to do that by working hard and working to be the best I can.”