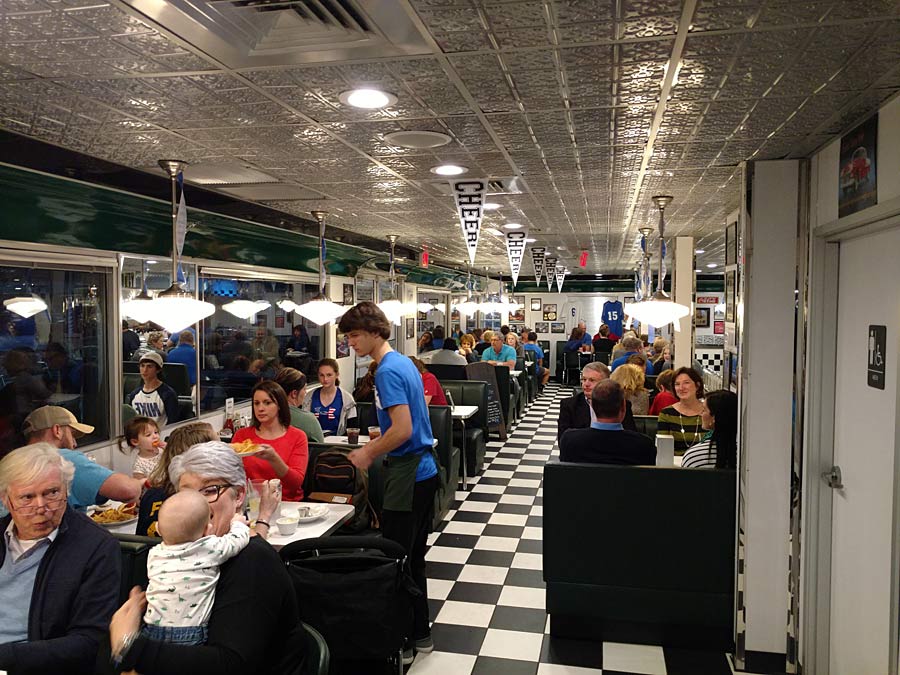 Officials estimated that more than 200 Polk County patrons filled Roger’s Diner during the six-hour event, which included fun activities for students and the outstanding cuisine of the 50s-style establishment located on the TIEC grounds.

“We want to thank all the families and students and everyone else who came out to show their support for Polk County Schools,” Greene said. “We also want to thank Roger’s Diner and Tryon International Equestrian Center for their efforts in making Wolverine Night happen.”

Greene also praised the Roger’s Diner staff, which not only decorated its outdoor seating area and inside dining area specifically for the event, but also dealt with the large turnout with minimal disruption.

“For the size of the diner, the staff there did a great job in handling what we estimated to be in excess of 200 patrons,” Greene said. “It was not a normal flow for them, and they were very gracious.”